In A Few Rare Cases Only 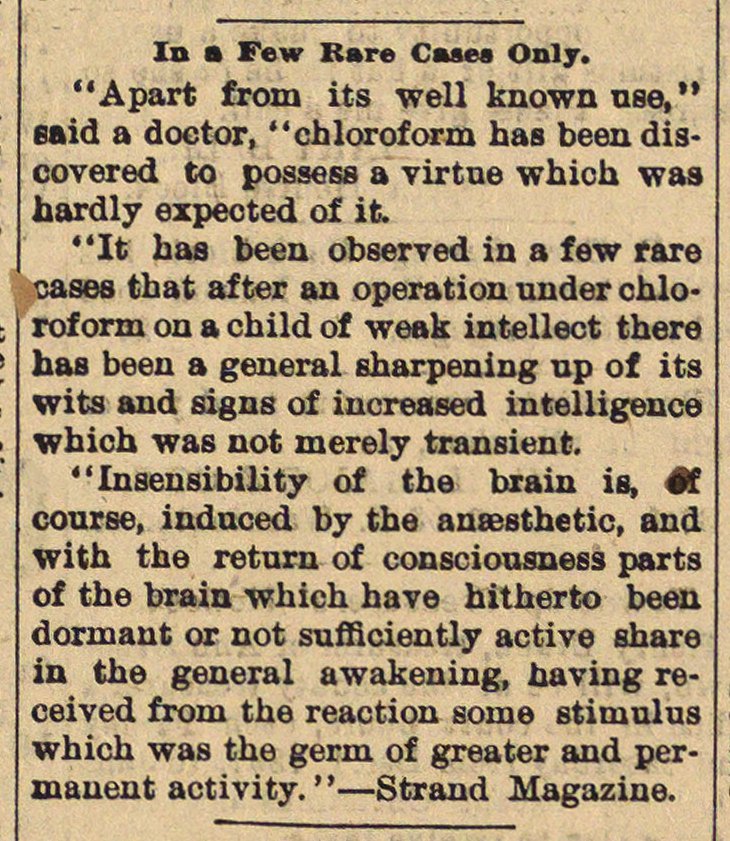 "Apart from its well knownuse," aid a doctor, "chloroform has been disovered to possess a virtue which was ardly expected of it. "It bas been observad in a few rare cases that af ter an operation under chloroform on a child of weak intellect there has beeu a general sharpening up of its wits and signs of increased intelligence which was not merely transient. "Insensibility of the bxain is, of course, induced by the ansesthetic, and with the return of conscionsness parts of the brain which have hitherto been dormaut or not sufficiently active share in the general awakening, having received from the reaction some stimulus which was the germ of greater and mauent activity. "-