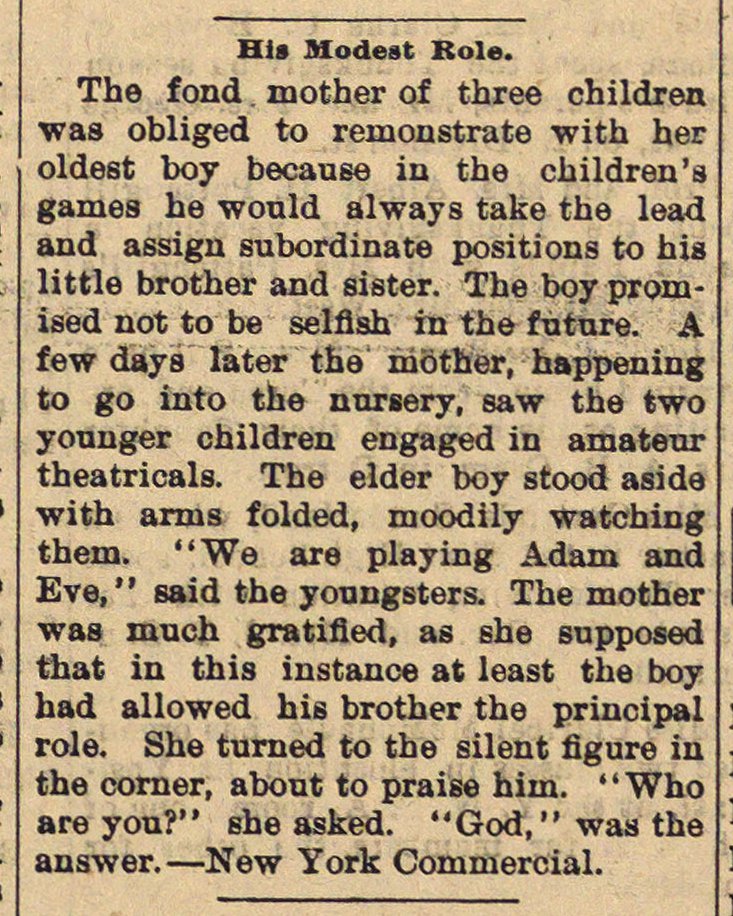 The fond . mother of three children was obliged to reinonstrate with her oldest boy because in the children's games he would always take the lead and assign subordínate positions to his little brother and sister. The boy promised not to be selflsh ín the fútnre. A few days later the inöther, happening to go into the nnrsery, saw the two youuger children engaged in amateur theatricals. The eider boy stood aside ■with anus folded, moodily watching them. "We are playing Adam and Eve," said the youngsters. The mother was ruuch gratifled, as she supposed that in this instance at least the boy had allowed his brother the principal role. She turned to the silent figure in the corner, about to praise hiin. "Who are you?" she asked. "God," was the