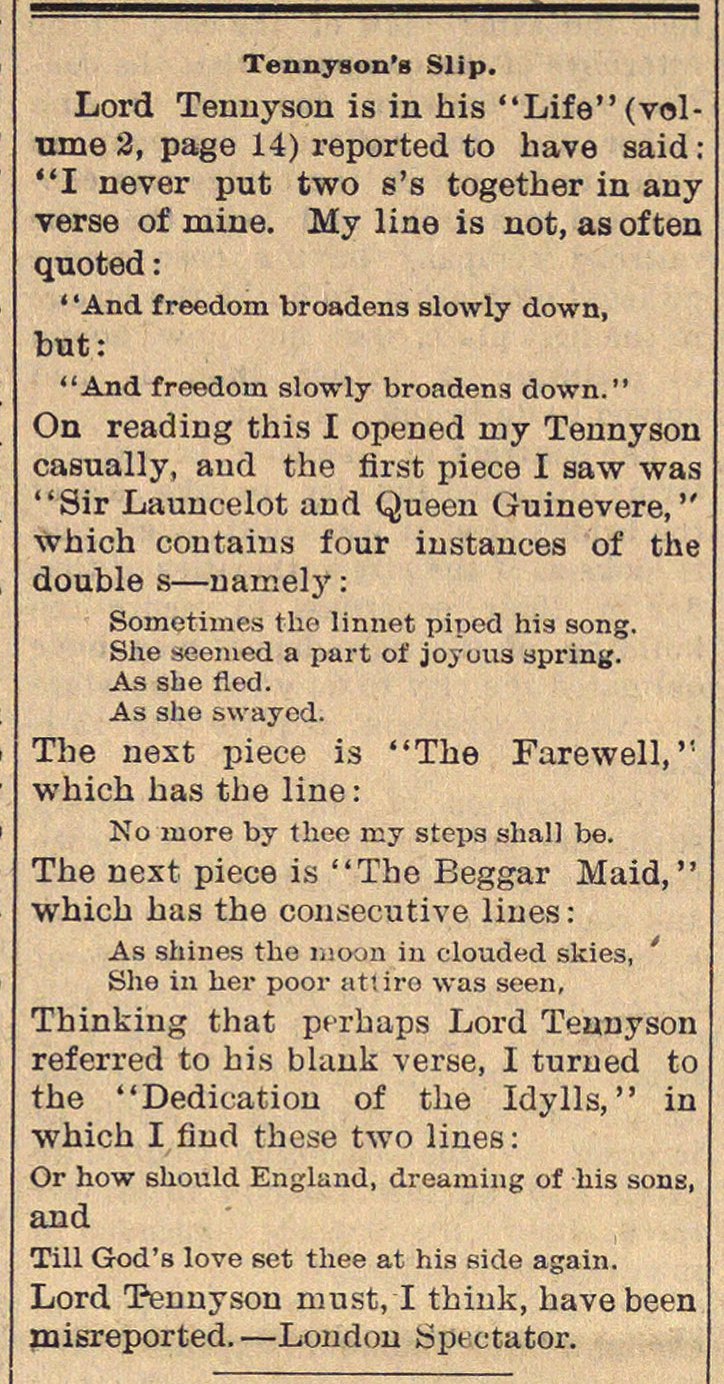 Lord Tennyson is in his "Life" (vol urne 2, page 14) reported to have said "I never put two s's together in any verse of mine. My line is not, as of ten qnoted : ' 'And f reedom broadens slowly down, but: "And freedoin slowly broadens down." On readiug this I opened my Tennyson casually, and the first piece I saw wa "Sir Launcelot and Queen Guinevere, ' which coutains four instances of th doublé s - uamely : Sometimes the limiet piped his song. She seemed a part oí joyuus spring. As slie fled. As she swayod. The next piece is "The Farewell,' which has the line: No more by thee my steps sha!] be. The next piece is "The Eeggar Maid, ' which has the coii.secutive liues : As shines the raoon in clouded skies, ' She in her poor attire was seen, Thinking that perhaps Lord Teunyson referred to his blank verse, I turned to the "Dedication of the Idylls, " in which I find these two lines: Or how should Englanü, dreaming of his song and Till God's love set thee at his side again. Lord rPennyson must, I think, have been raisreported.