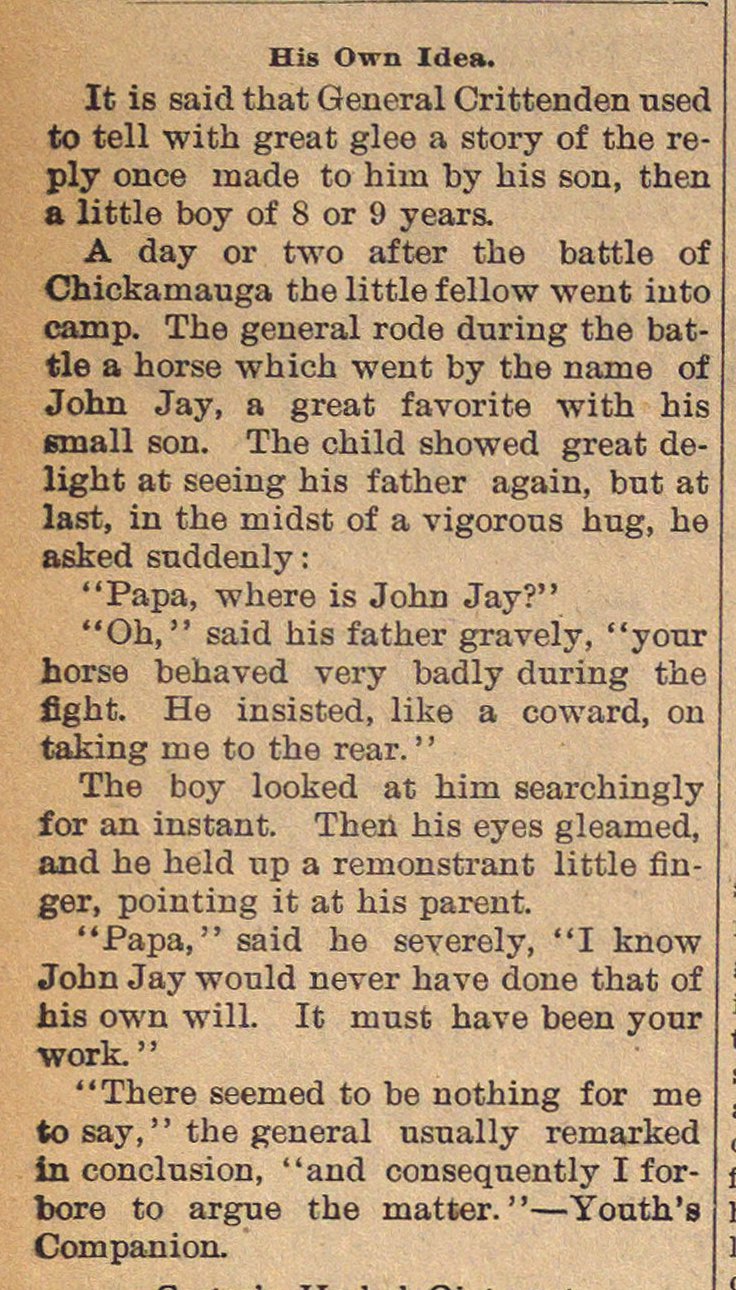 It is said that General Crittenden used to teil with great glee a story of the reply once made to him by liis son, then a little boy of 8 or 9 years. A day or two after the battle of Chickamauga the little fellow went iuto camp. The general rode during the battle a horse which went by the name of John Jay, a great favorite with bis small son. The child showed great delight at seeing his father again, but at last, in the midst of a vigorous hug, he asked snddenly : "Papa, where is John Jay?" "Oh," said his father gravely, "your horse behaved very badly during the fight. He insisted, like a coward, on taking me to the rear. " The boy looked at him searchingly for an instant. Then his eyes gleamed, and he held up a remonstrant little flnger, pointing it at his parent. "Papa," said he severely, "I know John Jay would never have done that of his own wilL It must have been yonr work. ' ' "There seerued to be nothing for me to say, ' ' the general usually remarked in conclusión, "and conseqnently I