The Place Vendome In Paris 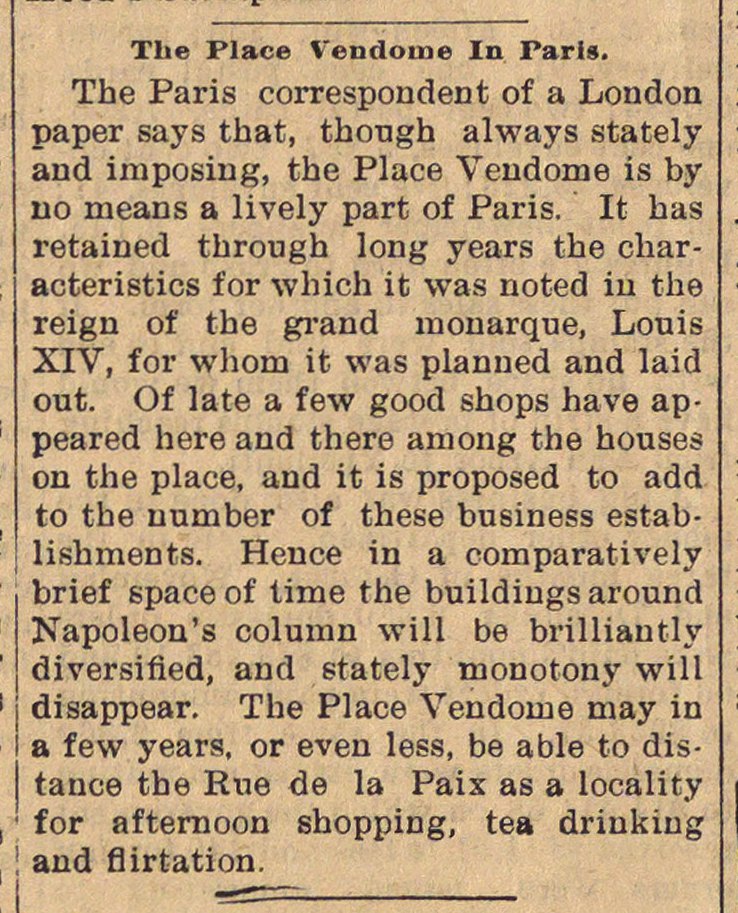 The Paris correspondent of a London paper says that, though always stately and imposing, the Place Vendóme is by no means a lively part of Paris. It bas retained through long years the cliaracteristics for which it was noted in the reign of tbe grand monarque, Louis XIV, for wliom it was planued and laid out. Of late a few good shops have appeared here and there among the houses on the place, and it is proposed to add to the number of these business establishments. Henee in a comparatively brief spaceof time the buildings around Napoleon's column will be brilliantly diversified, and stately monotony will disappear. The Place Vendóme may in a few years, or even less, be able to distance the Rué de la Paix as a locality for afternoon shopping, tea driuking and flirtation.