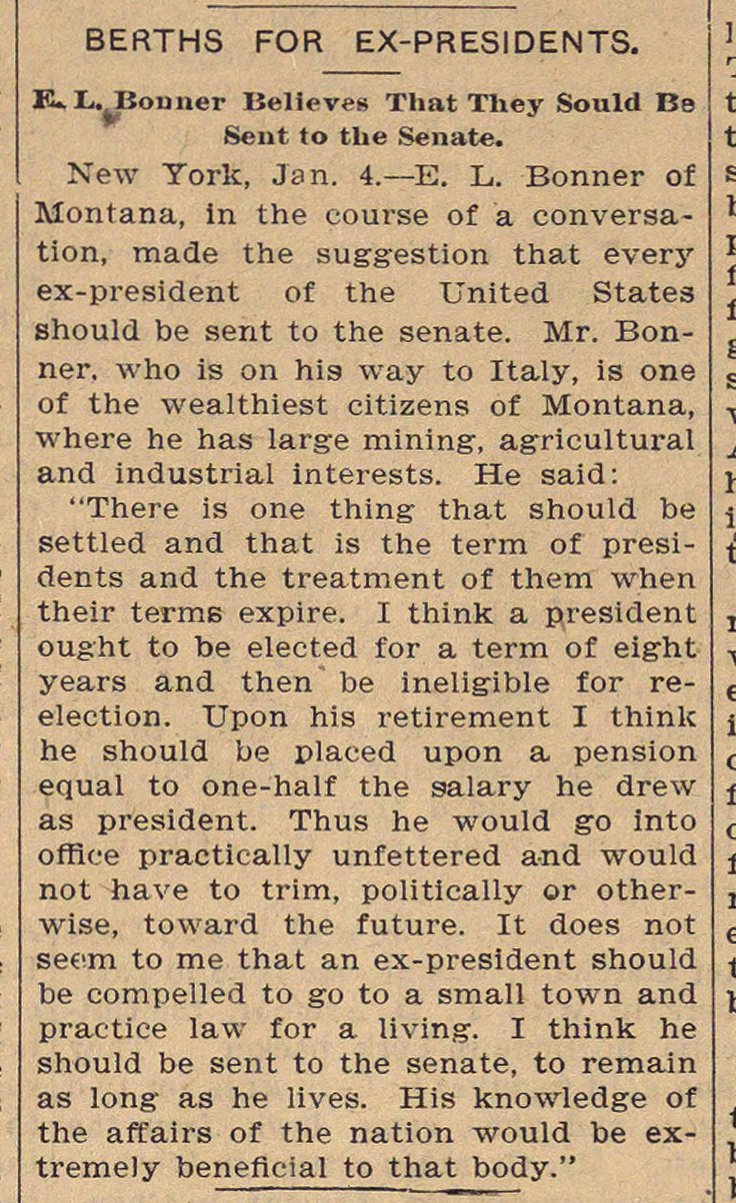 New York, Jan. 4. - E. L. Bonner of Montana, in the course of a conversation, made the suggestion that every ex-president of the United States should be sent to the senate. Mr. Bonner. who is on his way to Italy, is one of the wealthiest citizens of Montana, vvhere he has large mining, agricultural and industrial interests. He said: "There is one thing that should be settled and that is the term of presidents and the treatment of them when their terms expire. I think a president ought to be elected for a term of eight years and then' be ineligible for reelection. Upon his retirement I think he should be placed upon a pension equal to one-half the salary he drew as president. Thus he would go into office practically unfettered and would not have to trim, politically or otherwise, toward the future. It does not seem to me that an ex-president should be compelled to go to a small town and practice law for a living. I think he should be sent to the senate, to remain as long as he lives. His knowledge of the affairs of the nation would be extremely beneflcial to that body."