Why Birds' Eggs Are Colored 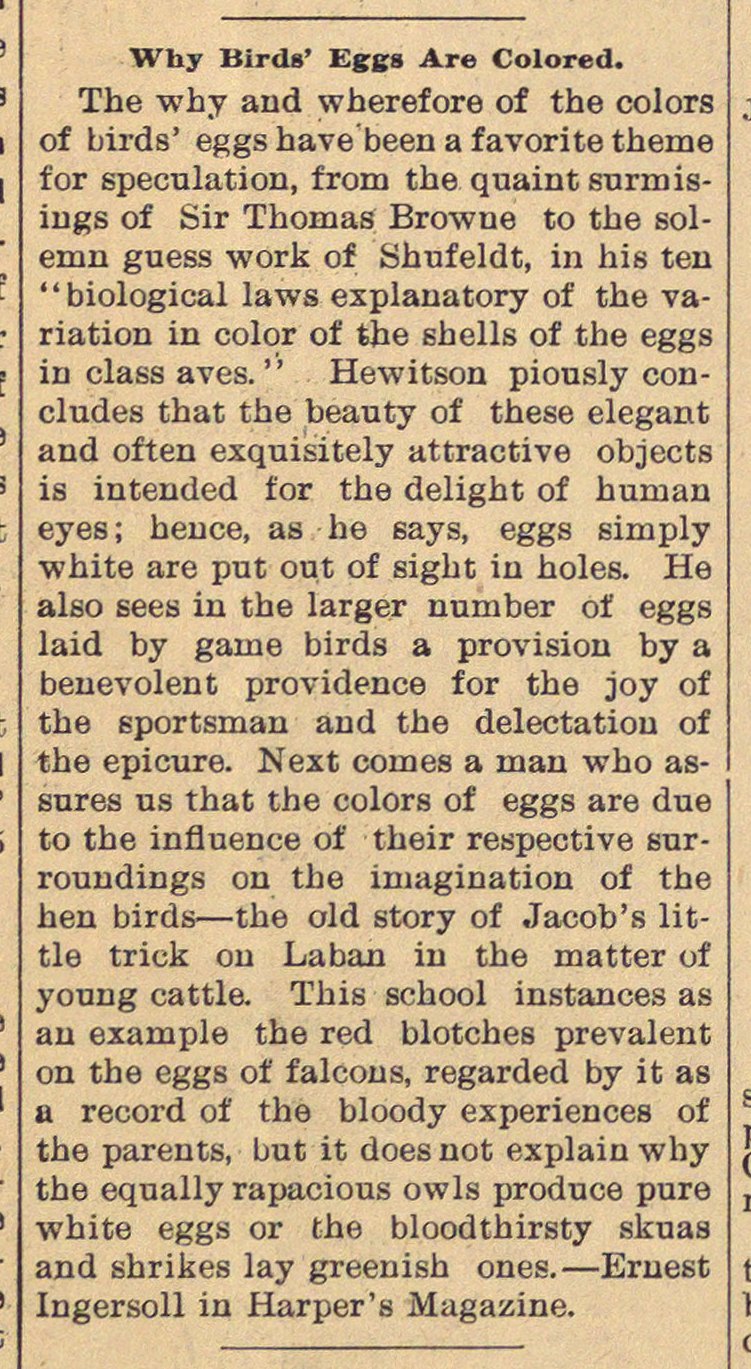 lne wny ana wnereiore oí tne colors of birds' eggshave been a favorita theme tor speculation, from the quaint surmisings of Sir Thomas Browue to the solemn guess work of Shufeldt, in his ten "biological laws explanatory of the variation in color of the shells of the eggs in class aves. " Hewitson piously concludes that the beauty of these elegant and often exquisitely attractive objects is intended for the delight of human eyes; henee, as he Bays, eggs simply white are put out of sight in holes. He also sees in the larger number of eggs laid by game birds a provisión by a beuevolent providence for the joy of the sportsman and the delectatiou of the epicure. Next comes a man who assures us that the colors of eggs are due to the influence oí' their respective surrouudings on the iniagination of the hen birds - the oíd story of Jacob's little trick on Laban in the matter of young cattle. This school instances as an example the red blotches prevalent on the eggs of falcons, regarded by it as a record of the bloody experiences of ;he parents, but it does not explain why he equally rapacious owls produce pure white eggs or the bloodthirsty skuas