Von Der Ahe On The Road 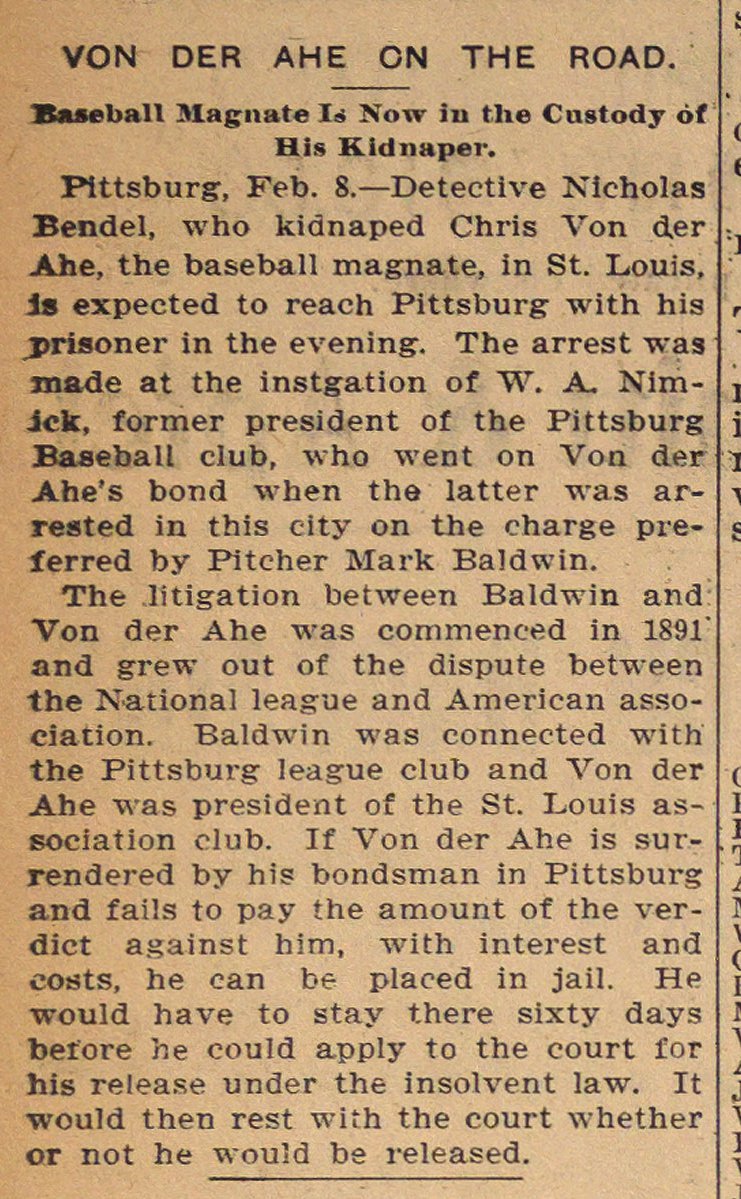 Pittsburg, Feb. S.- Detective Nicholas Bendel, who kidnaped Chris Yon der Ahe, the baseball magnate, in St. Louis, is expected to reach Pittsburg with his jjrisoner in the evening. The arrest was made at the instgation of W. A. NimJck, former president of the Pittsburg Baseball club, who went on Von der Ahe's bond when the latter was arrested in this city on the charge pieierred by Pitcher Mark Baldwin. The litigation between Baldwin and Von der Ahe was commeneed in 1S91 and grew out of the dispute between the National league and American association. Baldwin was connected with the Pittsburg league club and Von der Ahe was president of the St. Louis association club. If Von der Ahe is surrendered by his bondsman in Pittsburg and faüs to pay the amount of the verdict against him, with interest and eosts, he can be placed in jai!. He would have to stay there sixty days before he could apply to the court íor his release under the insolvent law. It would then rest with the court whether or not he would be released.