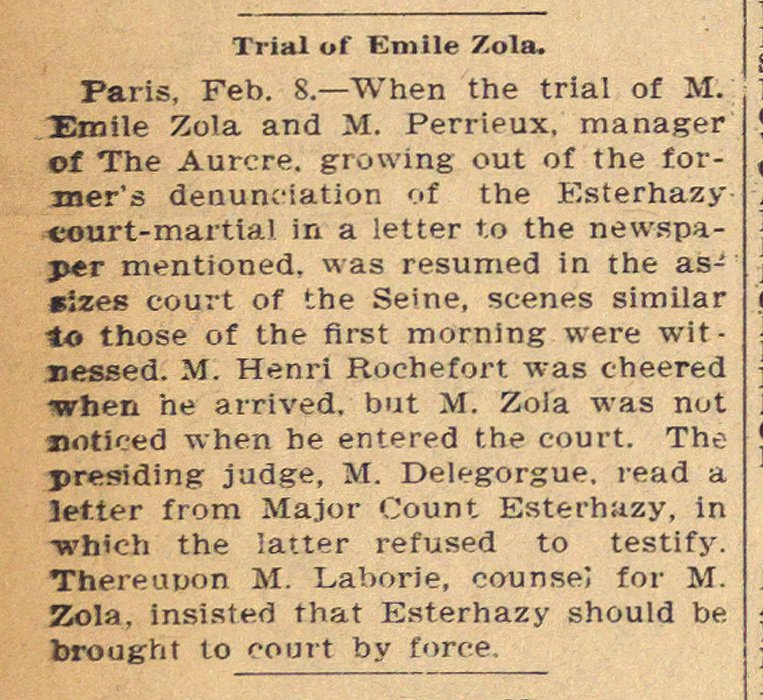 Paris, Feb. S.- When the trial of M. Emile Zola and M. Perrieux, manager of The Aurcre. growing out of the forjuer's denuni'iation of the F.sterhazy court-martial In a letter to the nevvspaper mentioned. was resumed in the ascizes court of the Seine, scènes similar o those of the first morning were witnessed. M. Henri Rochefort was cheered -when he arrived. but M. Zola was not noticed when he entered the court. The presiding judge, M. Delegorgue. read a letter from Major Count Esterhazy, in ■which the latter refused to testify. Thereuuon M. Laborie, counsel for M. Zola, insisted that Esterhazy should be broüght to court by force.