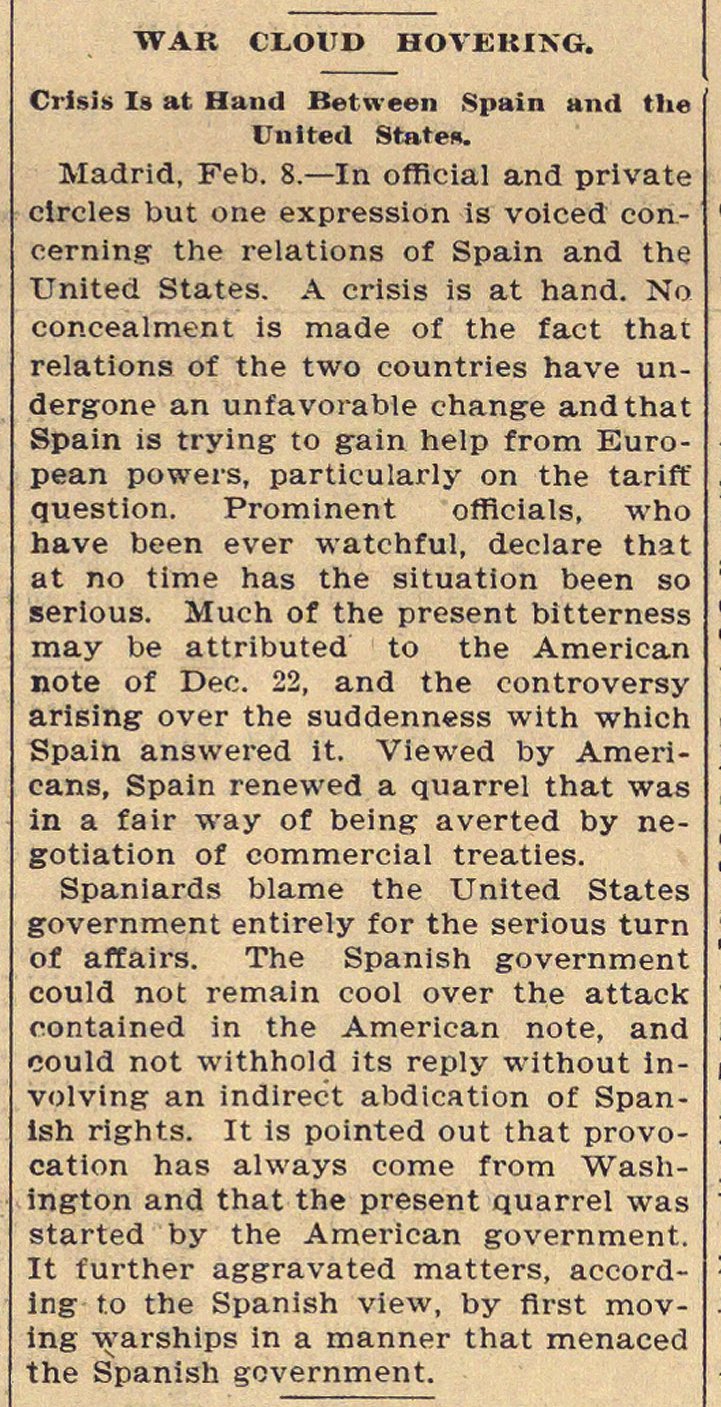 Madrid, Feb. 8. - In official and private circles but one expression is voiced concerning the relations of Spain and the United States. A crisis is at hand. No concealment is made of the fact that relations of the two countries have undergone an unfavorable change and that Spain is trying to gain help from Kuropean powers, partieularly on the tariff question. Prominent officials, who have been ever watchful, declare that at no time has the situation been so serious. Much of the present bitterness may be attributed to the American note of Dec. 22, and the controversy arising over the suddenness with which Spain answered it. Viewed by Americans, Spain renewed a quarrel that was in a fair way of being averted by negotiation of commercial treaties. Spaniards blame the United States government entirely for the serious turn of affairs. The Spanish government could not remain cool over the attack eontained in the American note, and could not withhold its reply without involving an indirect abdication of Spanish rights. It is pointed out that provocation has always come from Washington and that the present quarrel was started by the American government. It further aggravated matters, according to the Spanish view, by flrst moving warships in a marnier that menaced the Spanish government.