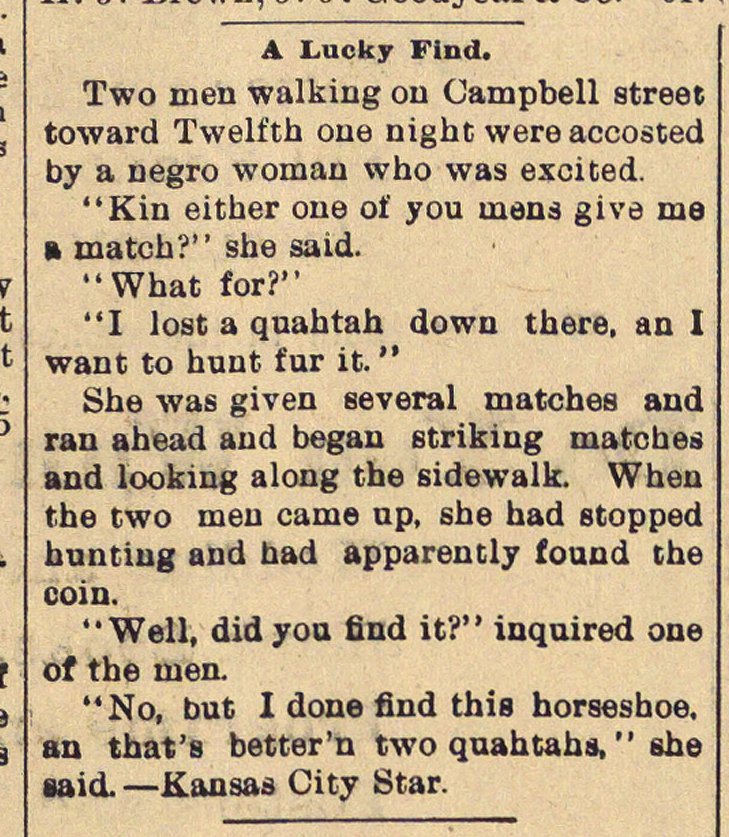 Two men walking ou Uampbell street toward Twelfth oue night were accosted by a negro womaii who was excited. "Kin either one of you maná give me match?" she said. "What for?" "I lost a quabtah down there, an I want to hunt fur it. " She was given several matches and ran ahead and began striking matches and looking along the sidewalk. When the two men came up, she had stopped huntiug and had apparently fouud the coin. "Well, didyou find it?" inquired one of the men. "No, but I done find this horseshoe. su that's better'n two quahtahs, " sha