The Only Metropolitan Republican Newspaper In Detroit And Michigan 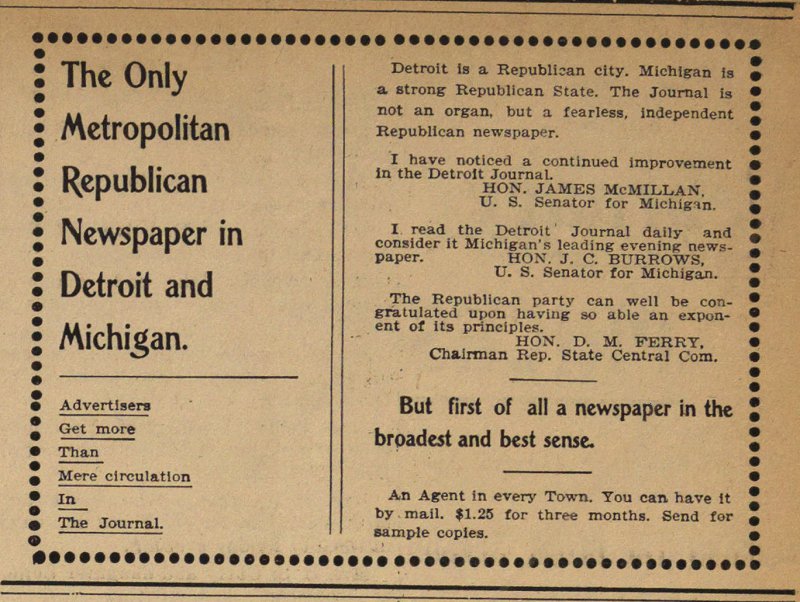 Detroit Ís a Republican city. Michigan Ís a strong Republican State. The Journal is not an organ, but a fearless, independent ! Republican newspaper. # I have noticed a continued improvement in the Detroit Journal. a HON. JAMES McMILLAN. Z U. S. Senator for Michigan. I read the Detroit Journal daily and ! consider it Michigan's leading eveninpr newsZ paper. HOX, J. C. BURROWS, U. S. Senator íor Michigan. The Republican party can well be con gratulated upon having so able an expun ent of ïts principies. HOX. D. M. FERRY. Chairman Rep. State Central Com. But first of all a newspaper in the broadest and best sense. Z An Agent in every Town. Tou can have it J by mail. $1.25 for three months. Send for a sample copies. 0 Advertlsers . Get more Than Mere circulation In The Journal.