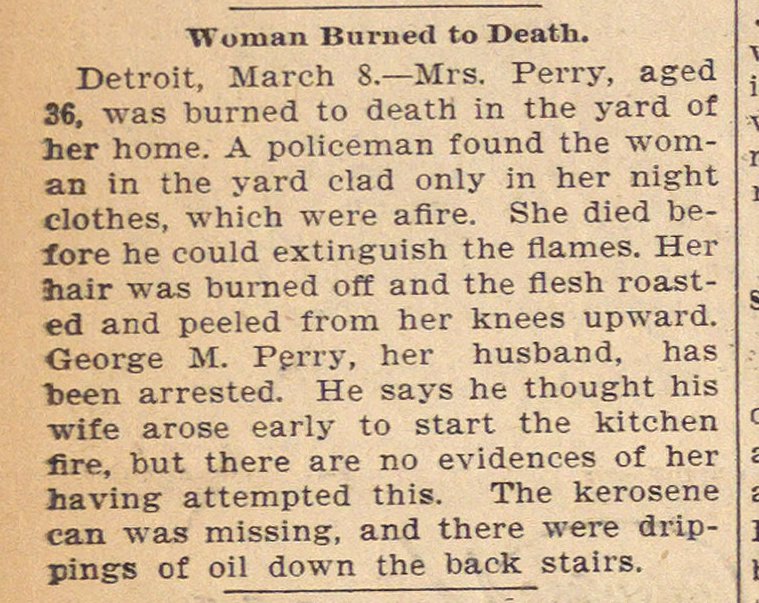 Detroit, March 8.- Mrs. Perry, aged 36, was burned to death in the yard of her home. A policeman found the woman in the yard ciad only in her night clothes, which were afire. She died beiore he could extinguish the flames. Her fcair was burned off and the flesh roastcd and peeled from her knees upward. George M. Ferry, her husband, has teen arrested. He says he thought his -wife arose early to start the kitchen fire, but there are no evidences of her having attempted this. The kerosene can was missing, and there were dripBings of oil down the back stairs.