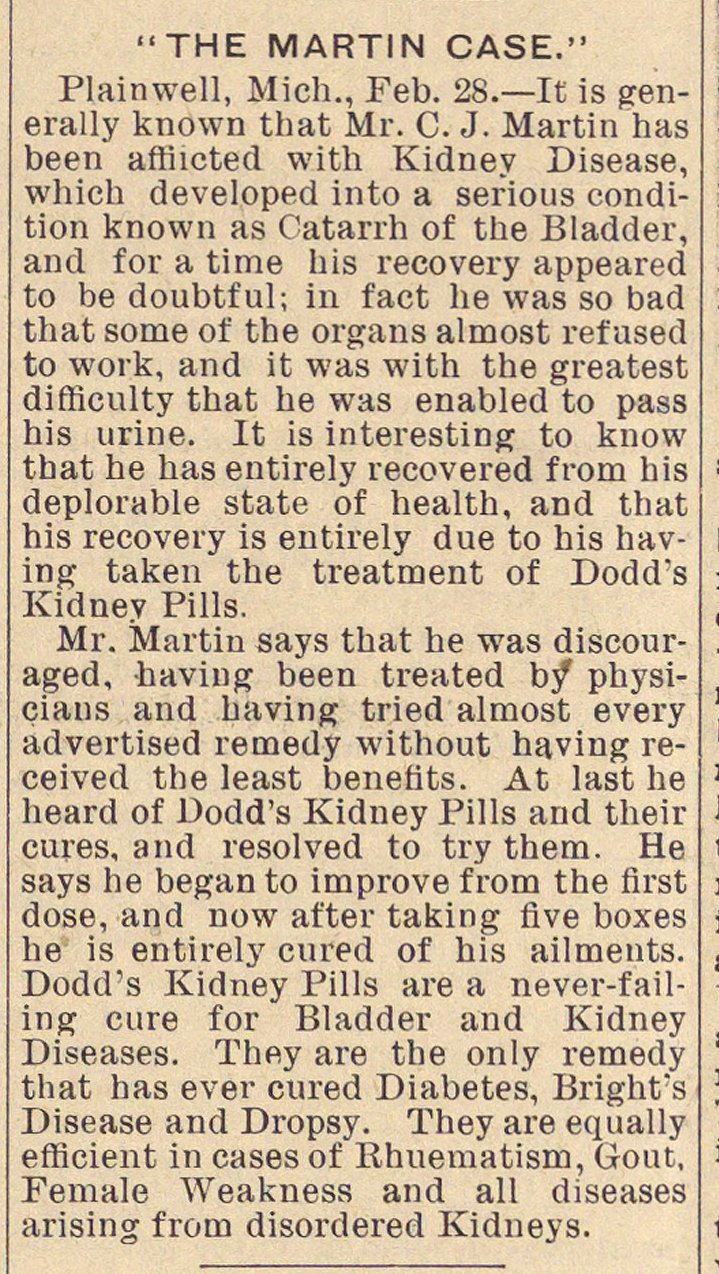 "THE MARTIN CASE." Plainwell, Mich., Feb. 28.- It is generally known that Mr. C. J. Martin has been aftiicted with Kidney Disease, wliich developed into a serious condition known as Catarro of the Bladder, and for a time his recovery appeared to be doubtful; in f act he was so bad that some of the organs almost ref used to woik, and it was with the greatest difficulty that he was enabled to pass his urine. It is interesting to know that he has entirely recovered f rom his deplorable state of health, and that his recovery is entirely due to his having taken the treatment of Dodd's Kidney Pilis. Mr. Martin says that he was discouraged, having been treated by physicians and having tried almost every advertised remedy without haviag received the least benefits. At last he heard of Dodd's Kidney Pilis and their cures, and resolved to try them. He says he began to improve f rom the first dose, and now after taking five boxes he is entirely cured of his ailments. Dodd's Kidney Pilis are a never-failing cure for Bladder and Kidney Diseases. ïhey are the only remedy that has ever cured Diabetes, Bright's Disease and Dropsy. They are equally efficiënt in cases of Rhuematism, Gout, Female Weakness and all diseases arising from disordered Kidneys.