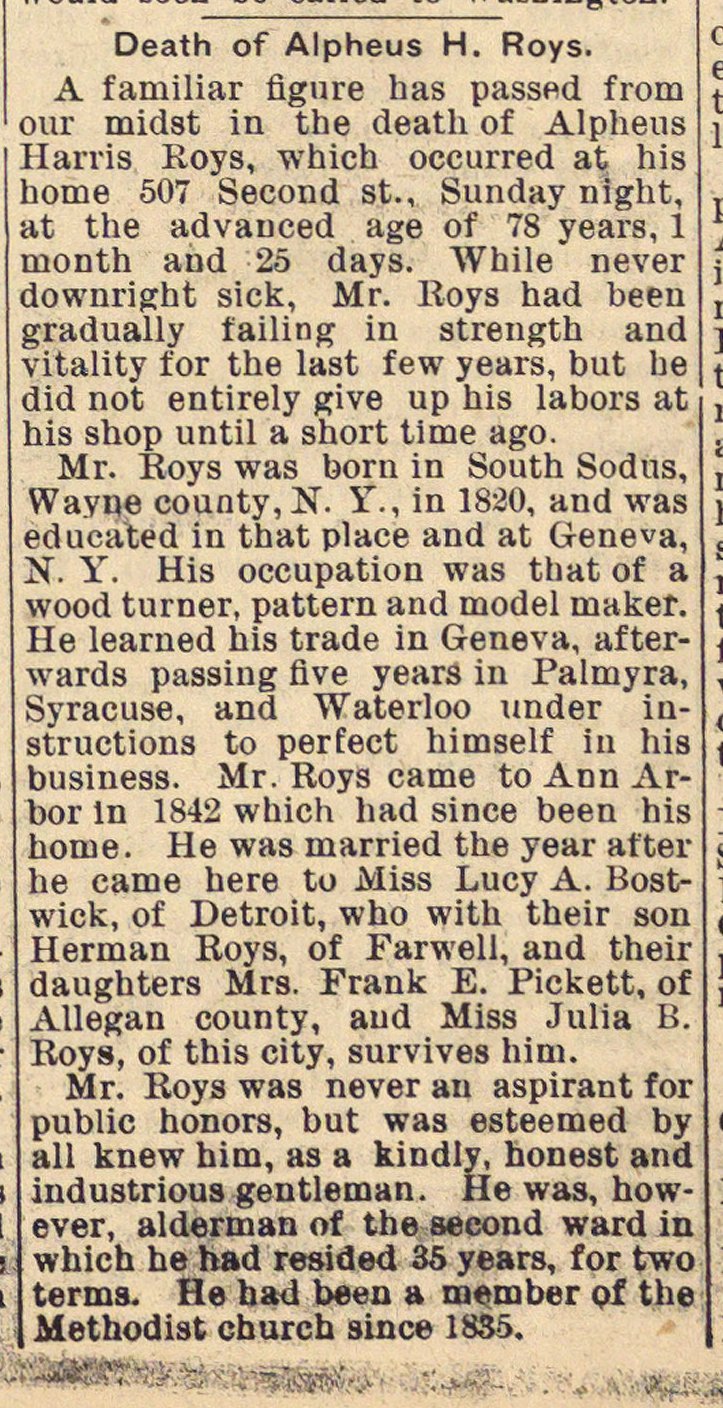 A familiar ngnre has passed from our midst in the death of Alpheus E-larris Roys, which oceurred at his home 507 Second st., Sunday night, at the advauced age of 78 years, 1 month and 25 days. While never downright sick, Mr. Roys had beeu gradually failing in strength and vitality í'or the last few years, but he did not entirely give up his labors at bis shop until a short time ago. Mr. Roys was born in South Sodus, Wayne county,N. Y., in 1820, and was educa'ted in that place and at Gene va, N. Y. His occupation was that of a wood turner, pattern and model maker. He learned bis trade in Genova, afterwards passing five years in Palmyra, Syracuse, and Waterloo under instructions to perfect himself in his business. Mr. Roys carne to Ann Arbor Ín 1842 which had since been his home. He was married the year af ter he carne here to Miss Lucy A. Bostwick, of Detroit, who with their son Herman Roys, of Farwell, aud their daughters Mrs. Frank E. Pickett, of Allegan cqunty, and Miss Julia ti. Roys, of this city, survives him. Mr. Roys was never au aspirant for public honors, but was esteemed by all knew him, as a kindly, honest and industrious gentleman. He was, however, alderman of the second ward in which he had resided 35 years, for trwo terms. He had been a mmber of the Methodist church since 1885.