For The Relief Of Dependents 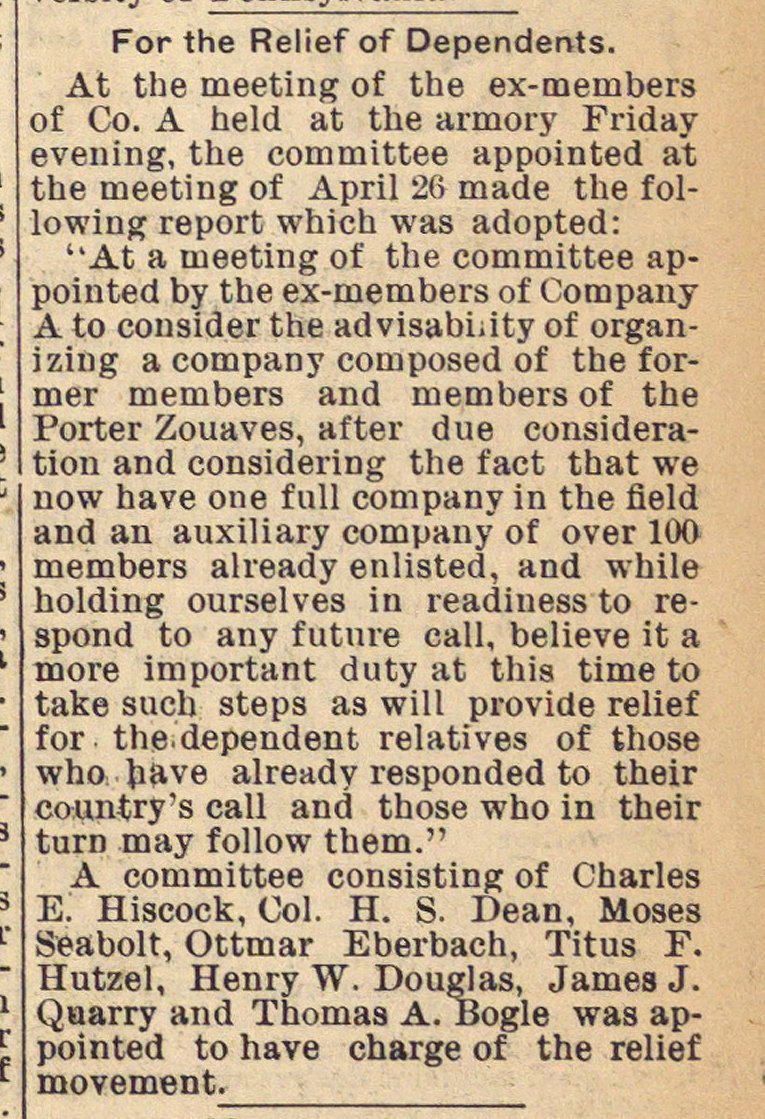 At the meeting of the ex-members of Co. A held at the armory Friday evening, the committee appointed at the meeting of April 2(S made the following report which was adopted: ''At a meeting of the committee appointed by the ex-members of Company A to consider the advisabiñty of organizing a company composed of the former members and members of the Porter Zouaves, after due consideration and considering the tact that we now have one full company in the field and an auxiliary company of over 100 members already enlisted, and while holding ourselves in readiness to respond to any future cali, belieye it a more important duty at this time to take such steps as will provide relief for the.dependent relativos of those who have already responded to tneir country's cali and those who in their turn may follow them." A committee consisting of Charles E. Hiscock, Col. H. S. Dean, Moses Seabolt, Ottmar Eberbach, Titus F. Hutzel, Henry W. Douglas, James J. Qaarry and Thomas A. Bogle was appointed to have charge of the relief movement.