The Cat In Ancient Times 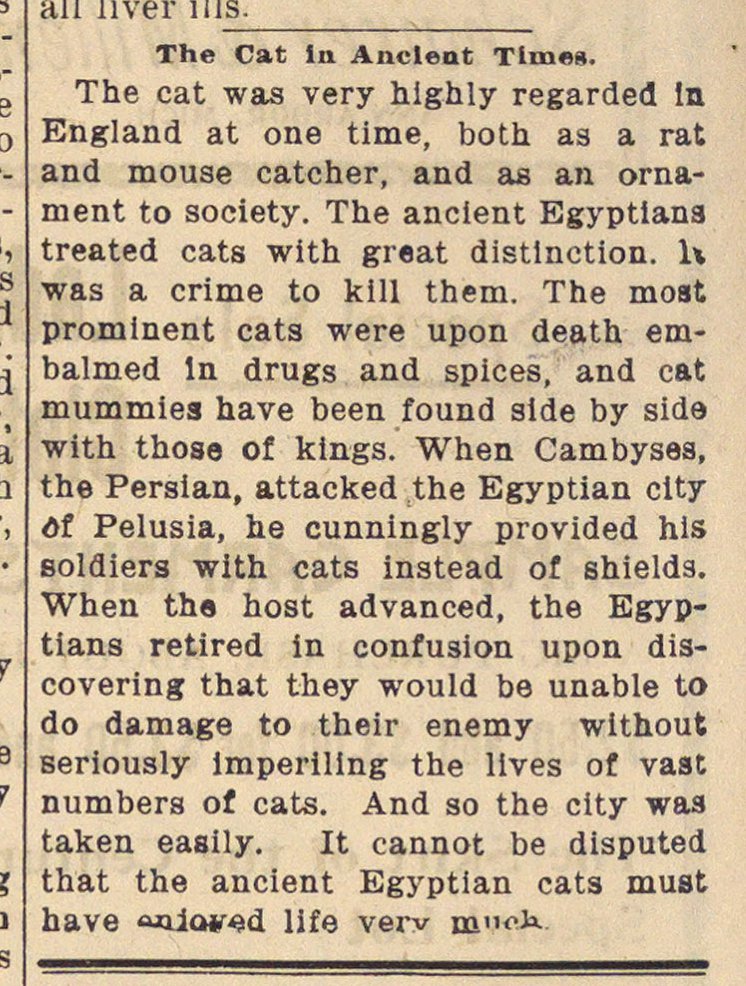 The cat was very highly regarded In England at one time, both as a rat and mouse catcher, and as an ornament to society. The ancient Egyptiana treated cats with great distinction. 1 was a crime to klll them. The most prominent cats were upon death embalmed In drugs and spices, and cat mummies have been found side by side with those of kings. When Cambysea, the Persian, attacked the Egyptian city öt Pelusia, he cunningly provided his soldiers with cats instead of shields. When tha host advanced, the Egyptians retired in confusión upon discovering that they would be unable to do damage to their enemy without seriously imperiling the lives of vast numbers of cats. And so the city was taken easily. It cannot be disputed that the ancient Egyptian cats must have liaífd Ufe verv muofa.