Board Of Strategy No More 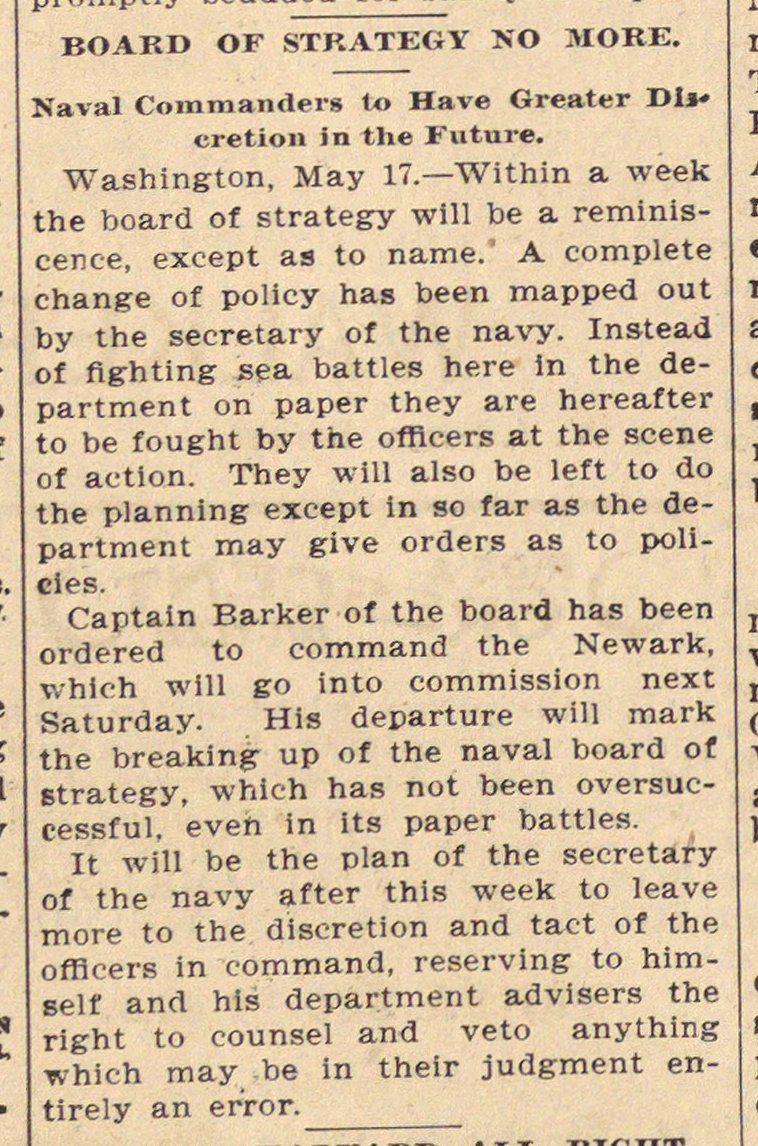 Washington, May 17.- Within a week the board of strategy will be a reminiseence, except as to name.' A complete change of policy has been mapped out by the secretary of the navy. Instead of fighting sea battles here In the department on paper they are hereafter to be fought by the offlcers at the scène of action. They will also be left to do the planning except in so far as the department may give orders as to policies. Captain Barker of the board has been ordered to command the Newark, whlch will go into commission next Saturday. His departure will mark the breaking up of the naval board of strategy, which has not been oversuccessful. even in its paper battles. It will be the plan of the secretary of the navy after this week to leave more to the discretion and tact of the offlcers in command, reserving to himself and his department advisers the right to counsel and veto anything which may be in their judgment entirely an error.