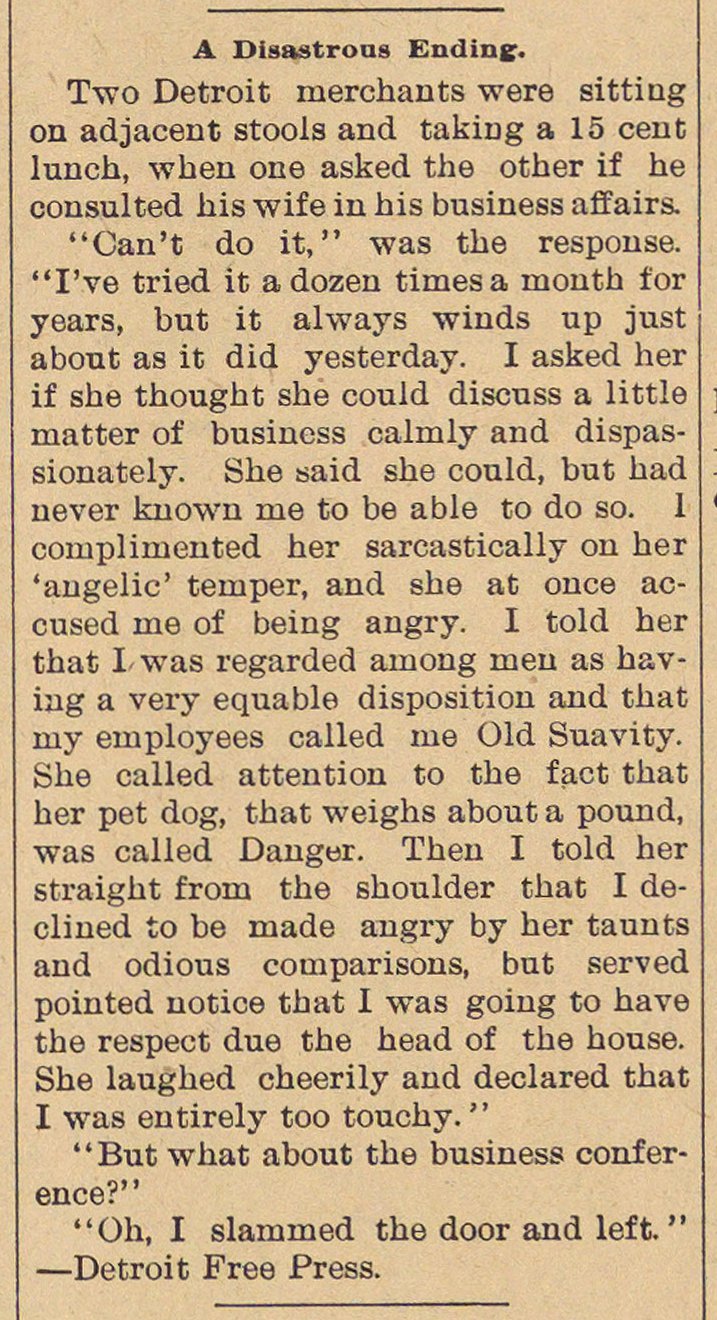 Two Detroit inerchants were sittiug on adjacent stools and taking a 15 cent lunch, when one asked the other if he consul ted his wife in his business affairs. "Can't do it, " -was the response. "I've tried it a dozen timesa rnonth for years, but it always winds up just about as it did yesterday. I asked her if she thought she could discuss a little matter of business calmly and dispassionately. She said she could, but had never kuowu nie to be a ble to do so. 1 complimented her sarcastically on her 'angelic' temper, and she at once accused me of being angry. I told her that I was regarded ainong men as haviug a very equable disposition and that niy employees called me Old Suavity. She called attention to the fact that her pet dog, that weighs about a pound, was called Danger. ïhen I told her straight from the shoulder that I declined to be made angry by her taunts and odious comparisons, but served pointed notice that I was going to have the respect due the head of the house. She laughed cheerily and declared that I was entirely too touchy. " "But what about the business conference?" "Oh, I slamined the door and lef t. "