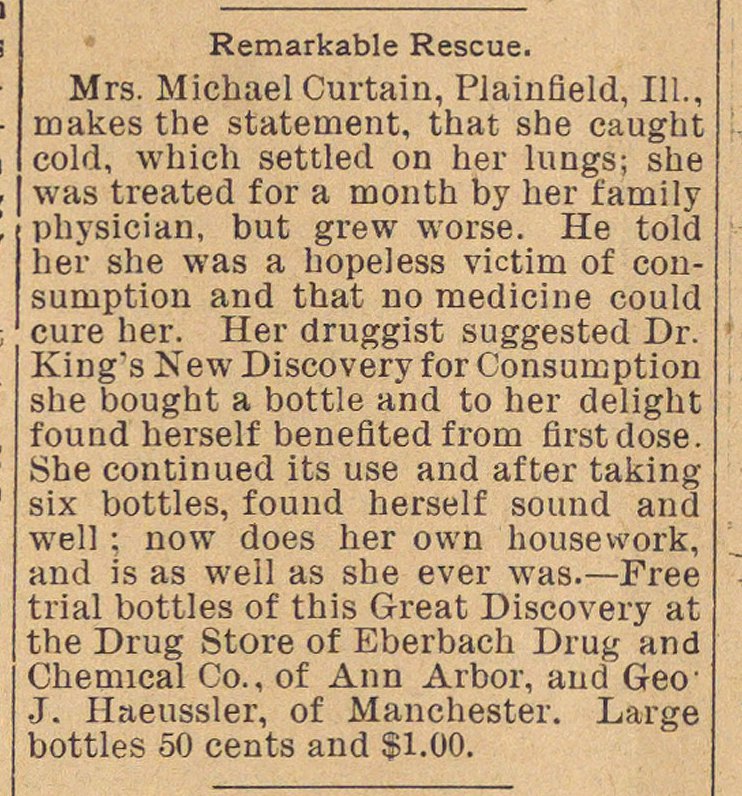 Remarkable Rescue. Mrs. Micbael Curtain, Plainfield, 111., makes the statement, that she caught cold, which settled on her lungs; she vas treated for a month by her family physician, but grew worse. He told hei' she was a hopeless victim of consurnption and that no medicine could cure her. Her druggist suggested Dr. King's New Discovery for Consumption she bought a bottle and to her delight found herself benefited from flrstdose. She continued its use and after taking six bottles, found herself sound and wel! : now does her own housework, and is as well as she ever was. - Free trial bottles of this Great Discovery at the Drug Store of Eberbach Drug and Chemical Co., of Ann Arbor, and Geo' J. Ilaeussler, of Manchester. Large bottles 50 cents and $1.00.