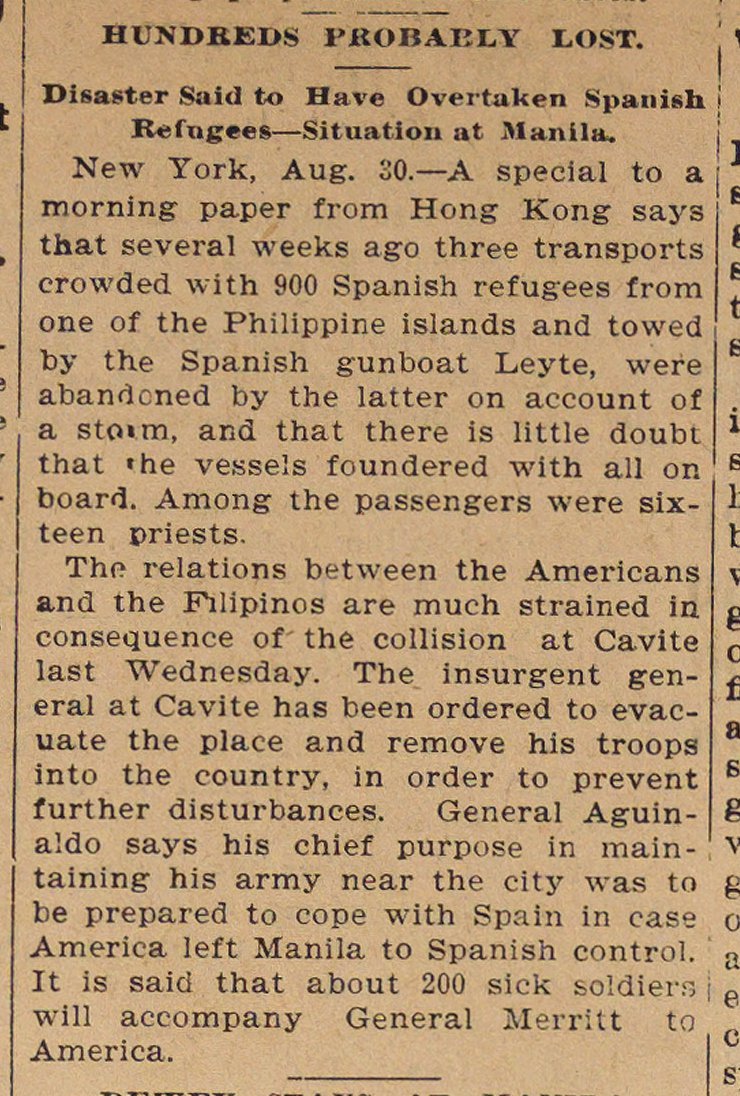 .New York, Aug. 20.- A special to a morning paper from Hong Kong says that several weeks ago three transports crowded with 900 Spanish refugees from one of the Philippine islands and towed by the Spanish gunboat Leyte, were abanrtcned by the Jatter on account of a stoim, and that there is little doubt that 'he vesseis foundered with all on board. Among the passengers were sixteen priests. Tho relations between the Americans and the Filipinos are much strained in consequence of' the collision at Cavite last Wednesday. The insurgent general at Cavite has been ordered to evacúate the place and remove his troops into the country, in order to prevent further disturbances. General Aguinaldo says his chief purpose in maintaining his army near the city was tn be prepared to cope with Spain in case America Ieft Manila to Spanish control. It is said that about 200 sick soldiere j will aceompany General Merritt tn America.