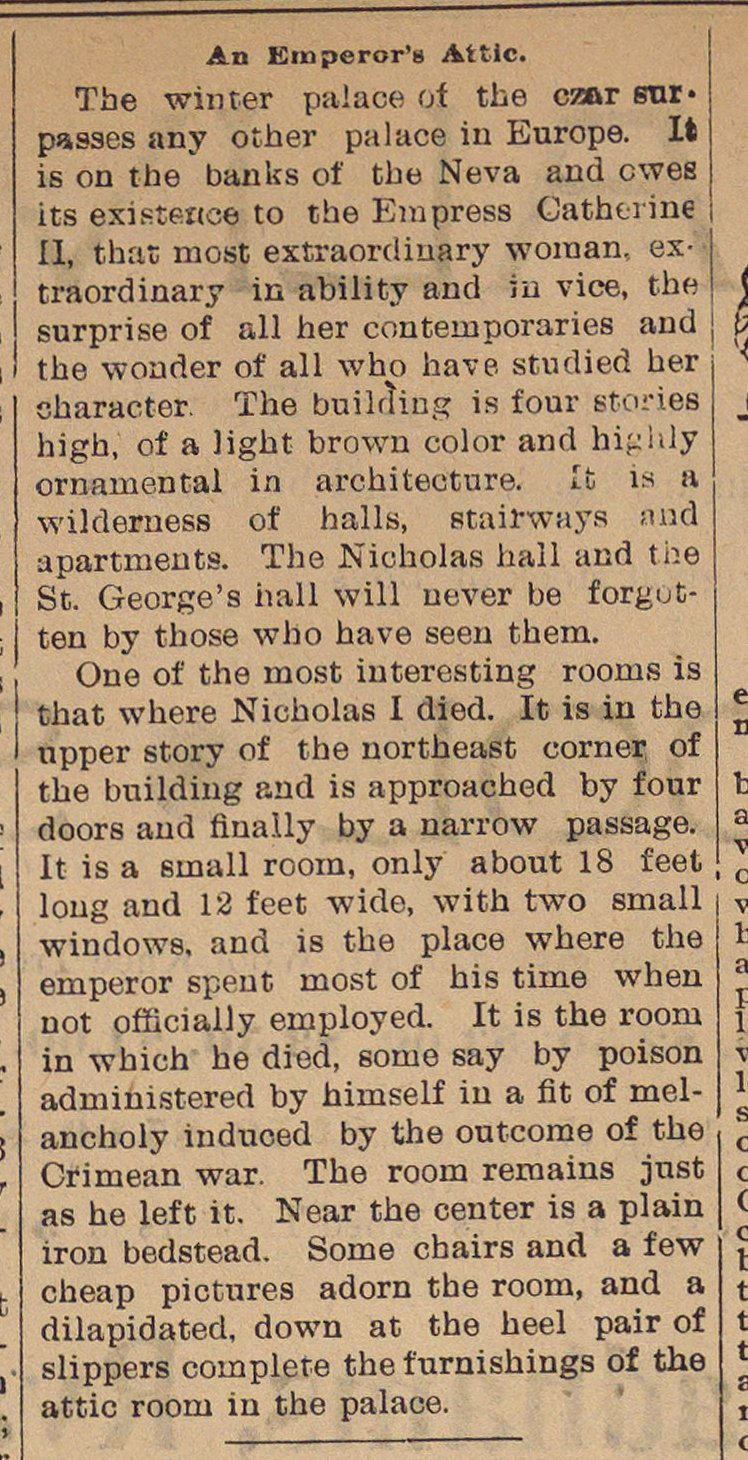 The winter palace of the czr surpasses any other palace in Europe. It is on the banUs oí the Neva and cwes its existenoe to the Empress Gathtiine II, that most extraordiuary woman, extraordinary in ability and in vice, the surprise of all her conteruporaries and j the wonder of all who have studied her character. The builrïins; is four storiea high, of a light brown color and hihly ornamental in architecture, it ia i wilderness of halls, staiïways and apartments. The Nioholas hall and the St. George's hall will uever be forgutten by those who have seen them. One of the most interesting rooms is that where Nicholas I died. It is in the npper story of the northeast corner of the building aud is approached by four doors and flually by a narrow passage. It is a sinall room, only about 18 feet long and 12 feet wide, with two small windows, and is the place where the emperor spent most of his time when not officially employed. It is the room in wnich he died, some say by poison adininistered by himself in a fit of melancholy induced by the outcome of the Crimean war. The room remains just as he left it. Near the center is a plain iron bedstead. Some chairs and a few cheap pictures adorn the room, and a dilapidated, down at the heel pair of slippers complete the furnishings of the attic room in the palace.