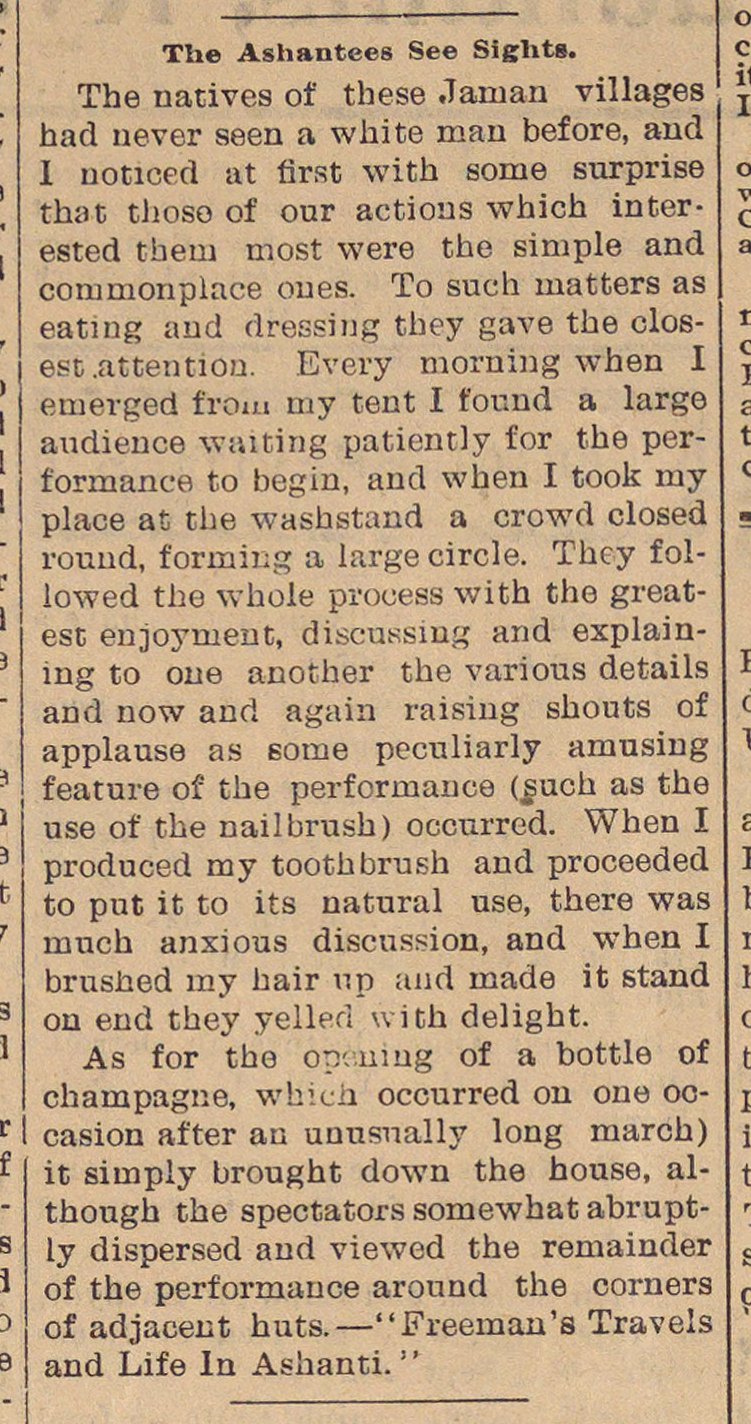 The natives of these Jaman villages had never seen a white man before, and I uoticed at tirst with some surprise th;it tlioso of our actions which interested them most were the simple and commoriplace ones. To such matters as eating and dressing they gave the closest.attention. Every morning when I emerged froiu my tent I found a large audience waiting patiently for the performance to begin, and when I took my place at the washstand a crowd closed round, f orming a large circle. Thcy f ollowed the whole prooess with the greatest enjoyment, discussing and explaining to one acother the various details and now and again raising shouts of applause as some peculiarly amusing feature of the performance (juch as the use of the nailbrush) occurrcd. When I produced my toothbrush and proceeded to put it to its natural use, there was much anxious discussion, and when I brushed my hair np and made it stand on end they yelled with delight As for the ory.nmg of a bottle of champagne, which occurred on one ooI casion after au unnsnally long march) it simpiy brought down the house, although the spectators somewhat abruptly dispersed and viewed the remainder of the performance around the corners