Why Men Should Marry 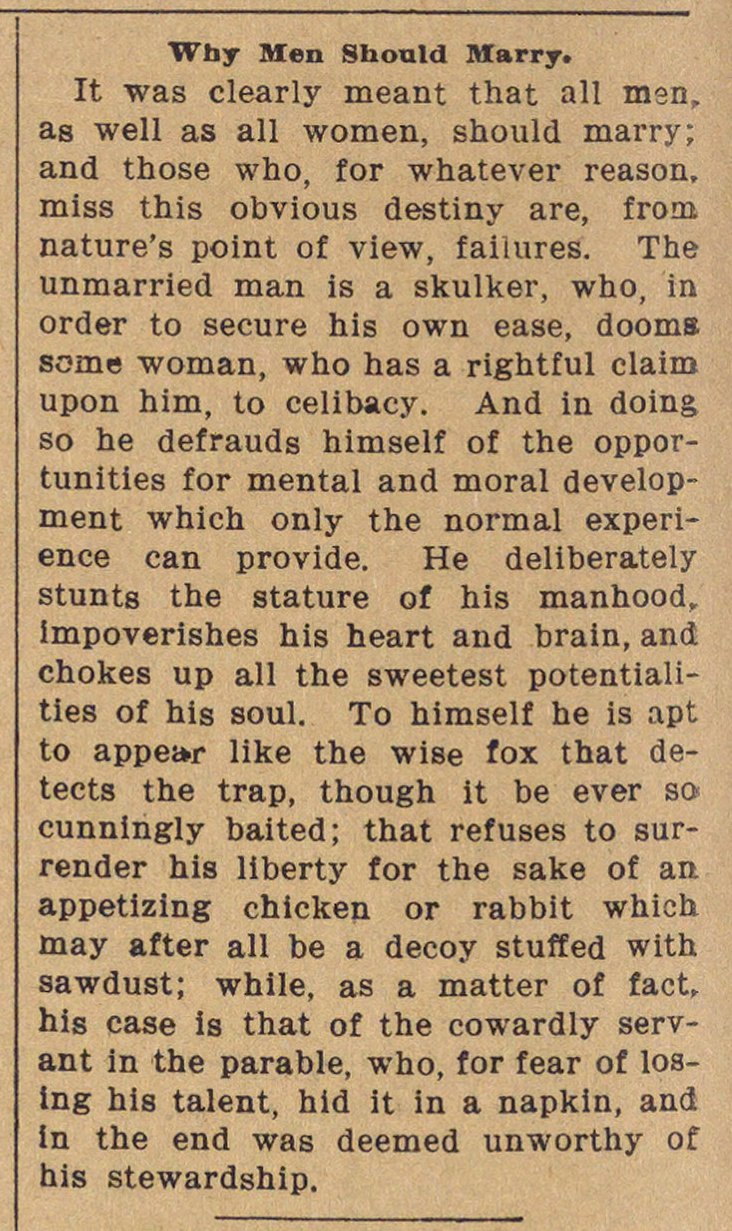 It was clearly meant that all men, as well as all women, should marry; and those who, for whatever reason, miss this obvious destiny are, frora nature's point of view, faiiures. The unmarried man is a skulker, who, in order to secure his own ease, doorns some woman, who has a rightful claim upon him, to celibacy. And in doing so he defrauds himself of the opportunities for mental and moral development which only the normal experience can provide. He deliberately stunts the stature of his manhood, impoverishes his heart and brain, and chokes up all the sweetest potentialities of his soul. To himself he is apt to appetr like the wise fox that detects the trap, though it be ever so cunningly baited; that refuses to surrender his liberty for the sake of au appetizing chicken or rabbit which may after all be a decoy stuffed with sawdust; while, as a matter of fact his case is that of the cowardly servant in the parable, who, for fear of losing his talent, hid it in a napkin, and in the end was deemed unworthy of his stewardship.