Justly Proud Of It 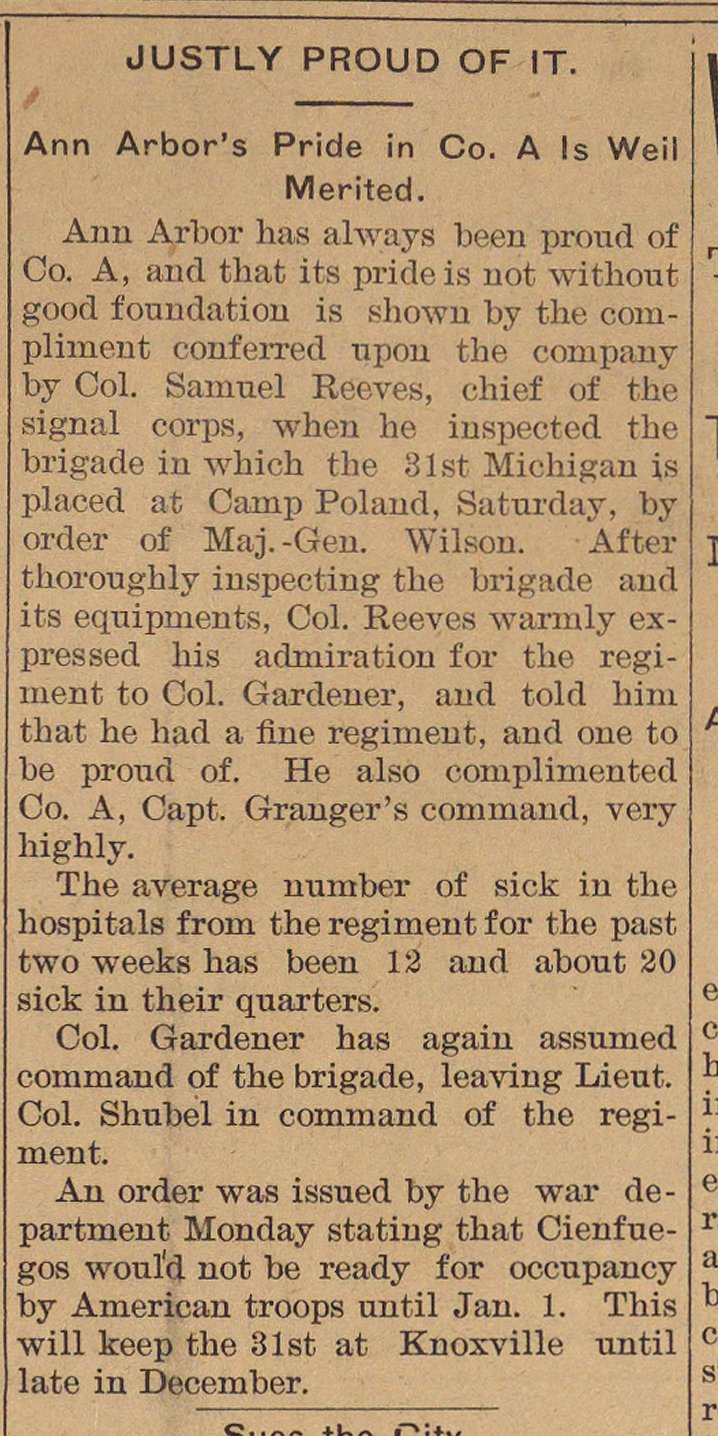 Ann Arbor has ahvays been proud of Co. A, and that its prideis not without good foundation is shown by the compliment conferred upon the company by Col. Samuel Reeves, chief of the signal corps, when he iuspected the brigade ia which the Sist Michigan is placed at Camp Polaud, Satuiday, by order of Maj.-Gen. Wilson. Af ter thoroughly inspecting the brigade and its equipments, Col. Reeves warmly expressed his adrniration for the regiment to Col. Gardener, and told him that he had a fine regiment, and one to be proud of. He also complimented Co. A, Oapt. Granger's command, very highly. The average number of sick in the hospitals from the regiment for the past two weeks has been 12 and about 520 sick in their quarters. Col. Gardener has again assumed commaud of the brigade, leaving Lieut. Col. Shubel in command of the regiment. An order was issued by the war department Monday stating that Cienfuegos woul'd not be ready for occupancy by American t-roops until Jan. 1. This will keep the 31st at Knoxville until late in December.