Plea For A Michigan Woman 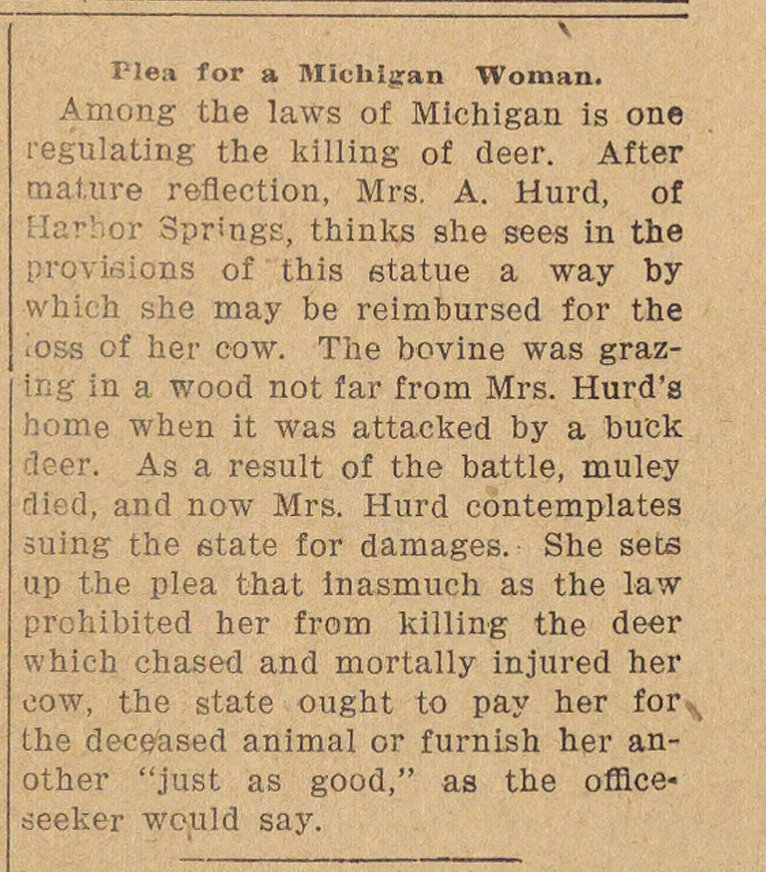 Among the laws of Michigan is one regulating the killing of deer. After mature reflectíon, Mrs. A. Hurd, of ilarhor Springs, thinks she sees in the proviñions of this statue a way by which she may be reimbursed for the ioss of her cow. The bovine was grazing in a wood not far from Mrs. Hurd's home when it was attacked by a bu'ck (leer. As a result of the battle, muley died, and now Mrs. Hurd contemplates suing the state for damages. ■ She sets up the plea that inasmuch as the law prohibited her from killing the deer which chased and mortally injured her eow, the state ought to pay her for the deceased animal or furnish her another "just as good," as the officeseeker would say.