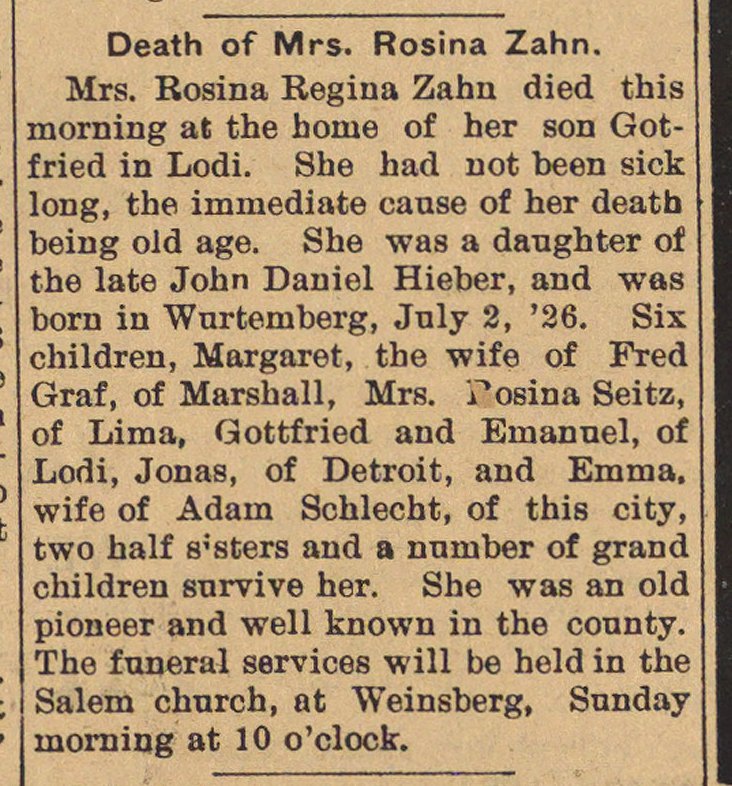 Mrs. Rosina Regina Zahn died this morning at the home of her son Gotfried in Lodi. She had uot been sick loDg, the immediate canse of her death being oJd age. She was a daughter of the late John Daniel Hieber, and was born in Wurtemberg, July 2, '26. Six children, Margaret, the wife of Fred Graf, of Marshall, Mrs. Posina Seitz, of Lima, Gottfried and Emannel, of Lodi, Jonas, of Detroit, and Erama, wife of Adam Schlecht, of this city, two half s'sters and a nuniber of grand children snrvive her. She was an old pioneer and well known in the connty. The funeral services will be held in the Salem church, at Weinsberg, Sunday morning at 10 o'clock.