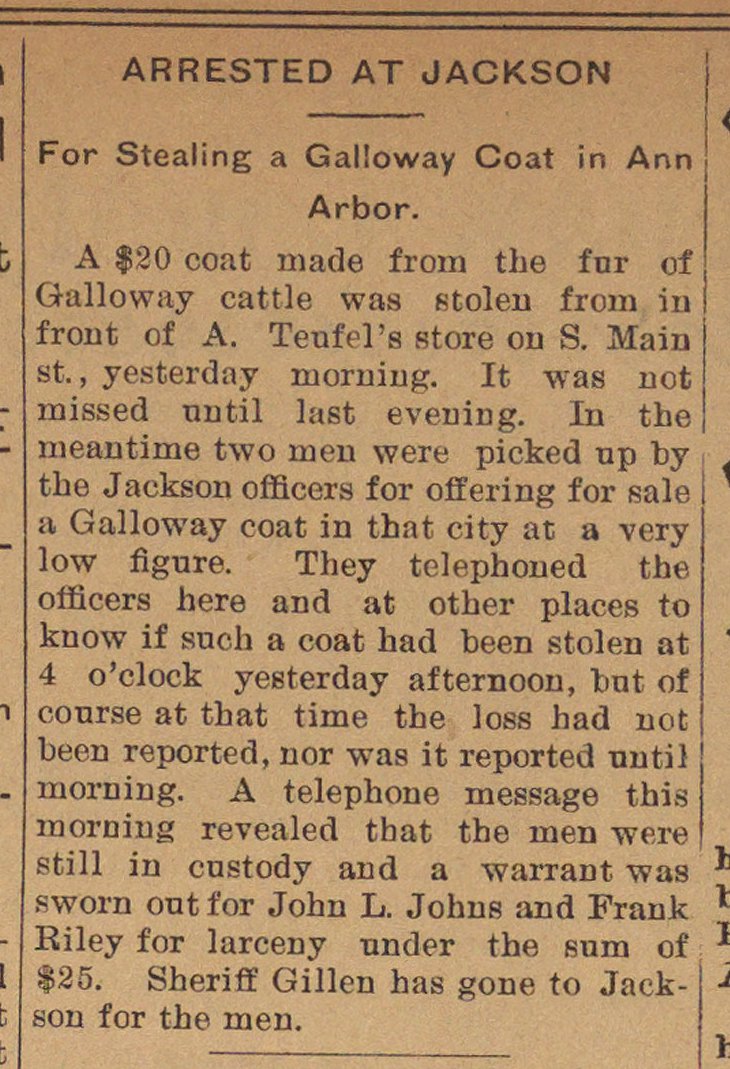 A $20 coat made froin the fur of Galloway cattle was stolen from in front of A. Teufel's store 011 S. Main st. , yesterday ruorning. It was not missed nntil last evening. In the meantime two men were picked up by the Jackson officers for offering for sale a Galloway coat in that city at a very low figure. They telephoned the officers here and at other places to know if such a coat had been stolen at 4 o'clock yegterday afternoon, tut of conrse at that time the loss had not been reported, nor was it reported until morning. A telephone message this inorning revealed that the men were still in cnstody and a warrant was sworn out for John L. Johus and Frank Riley for larceny tinder the sum of $25. Sheriff Gillen has gone to Jackson for the men.