She Filed A Cross Bill 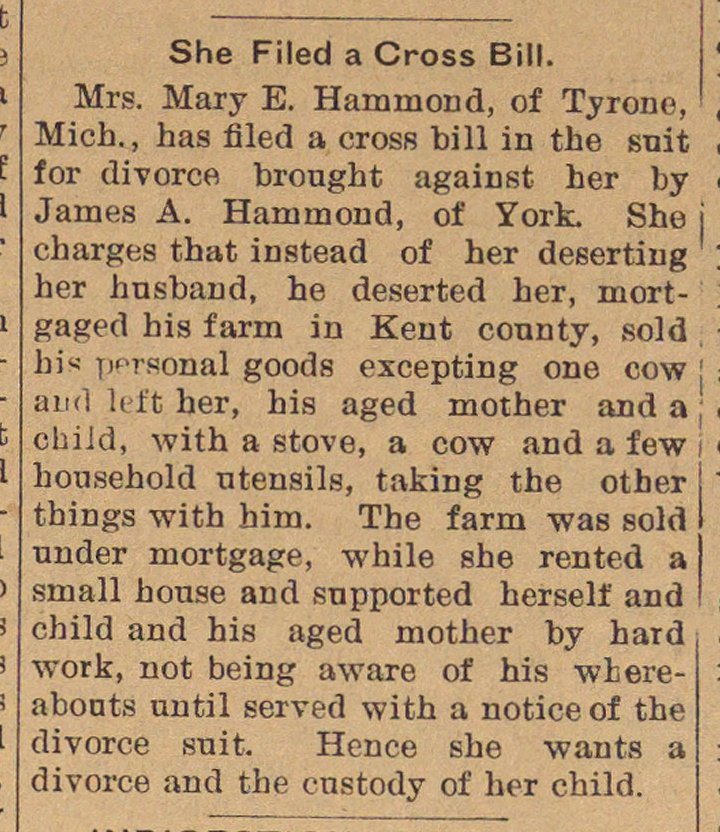 Mrs. Mary E. Hammond, of Tyrone, Mioh., has flled a cross bill in the snit for divorce brought against her by James A. Hammond, of York. She charges that instead of her deserting her hnsbaud, he deserted her, mortgaged his farm in Kent connty, sold bis T'"rsonal goods excepting one cow aml left her, his aged mother and a cbiid, with a stove, a cow and a few honsehold ntensils, taking the other things with him. The farm was sold under mortgage, while she rented a small honse and supported herself and child and his aged mother by hatd work, not being aware of his wfcereabonts until served with a notice of the divorce snit. Henee she wants a divorce and the enstody of her child.