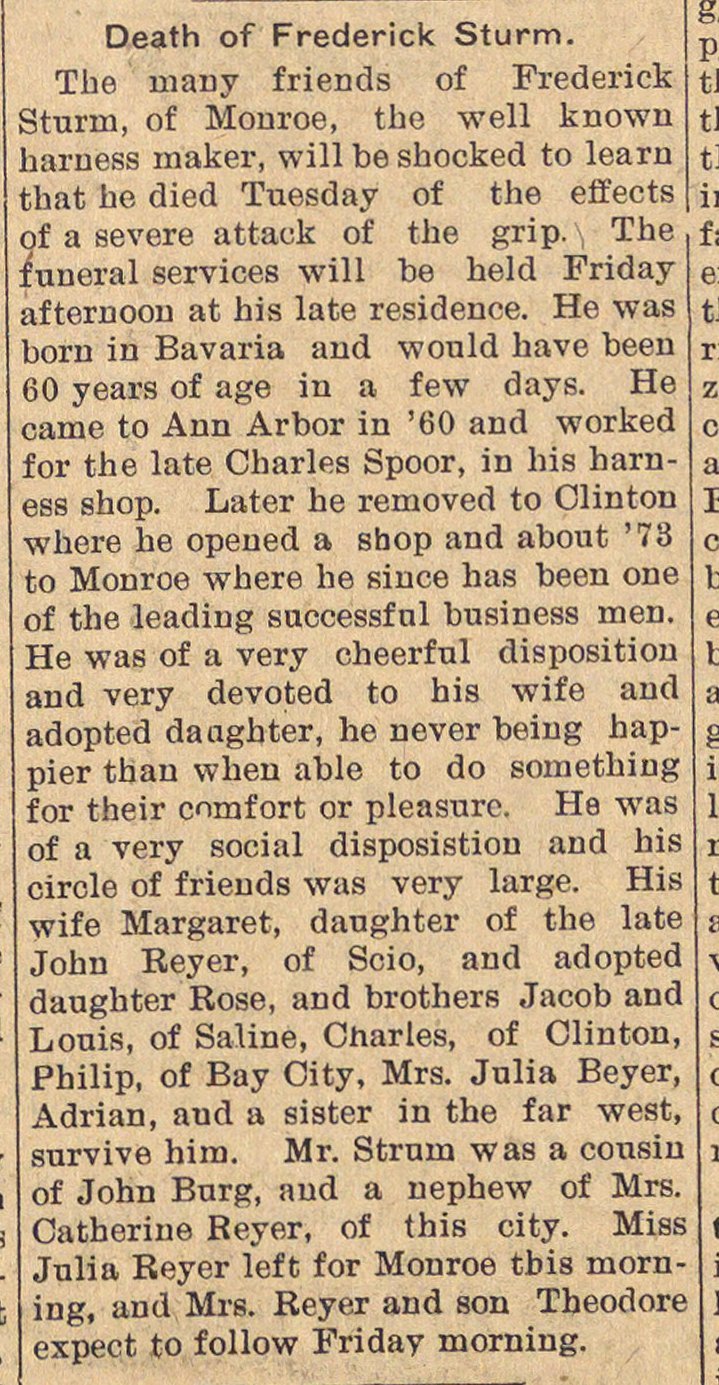 The many friends of Frederick Sturm, of Monroe, the well known harness maker, will be shocked to learn that he died Tuesday of the effects of a severe attack of the grip. The funeral services will be held Friday afternoon at his late residence. He was born in Bavaria and would have been 60 years of age in a few days. He came to Ann Arbor in '60 and worked for the late Charles Spoor, in his harness shop. Later he removed to Clinton where he opened a shop and about '73 to Monroe where he since has been one of the leading successful business men. He was of a very cheerful disposition and very devoted to his wife and adopted daughter, he never being happier than when able to do something for their comfort or pleasure. He was of a very social disposition and his circle of friends was very large. His wife Margaret, daughter of the late John Reyer, of Scio, and adopted daughter Rose, and brothers Jacob and Lonis, of Saline, Charles, of Clinton, Philip, of Bay City, Mrs. Julia Beyer, Adrian, and a sister in the far west, survive him. Mr. Strum was a cousin of John Burg, and a nephew of Mrs. Catherine Reyer, of this city. Miss Julia Reyer left for Monroe this morning, and Mrs. Reyer and son Theodore expect to follow Friday morning.