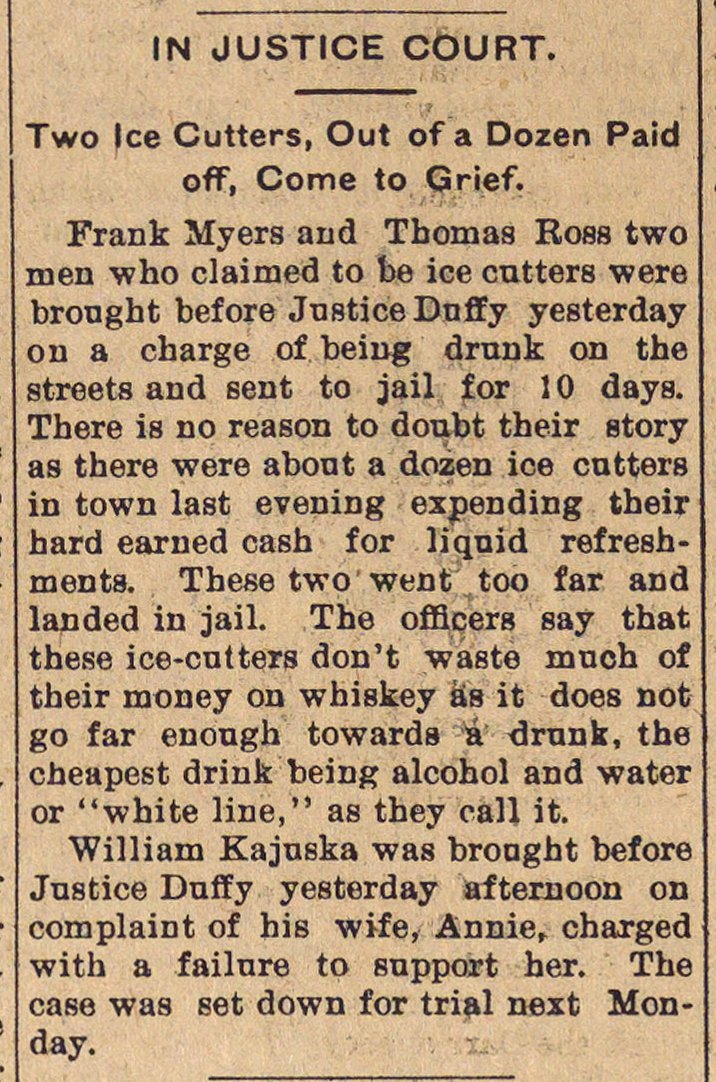 Frank Myers and Thomas Ross two men who claimed to be ice cutters were brought before Justice Duffy yesterday on a charge of being drank on the streets and sent to jail for 10 days. There is no reason to doubt their story as there were about a dozen ice cutters in town last evening expending their hard earned cash for liquid refreshments. These two went too far and landed in jail. The officers say that these ice-cutters don't waste much of their money on whiskey as it does not go far enough towards a drunk, the cheapest drink being alcohol and water or "white line," as they call it.

William Kajuska was brought before Justice Duffy yesterday afternoon on complaint of his wife, Annie, charged with a failure to support her. The case was set down for trial next Monday.