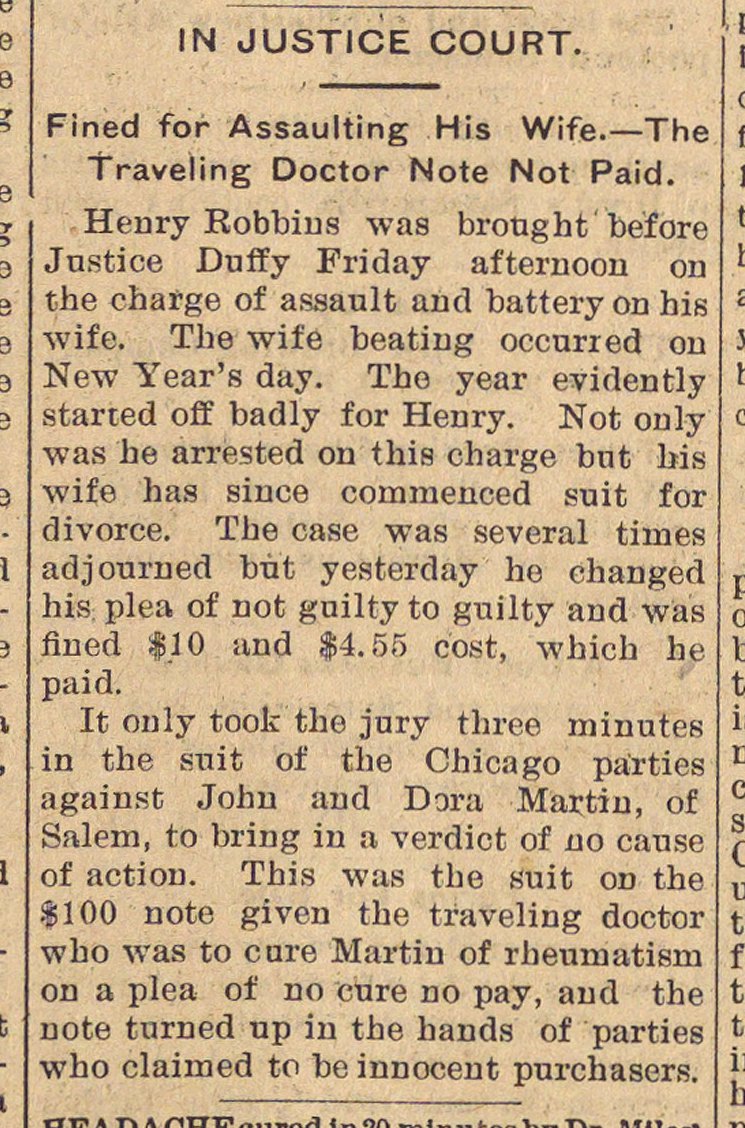 Fined for Assaulting His Wife.-The Traveling Doctor Note Not Paid.

Henry Robbins was brought before Justice Duffy Friday afternoon on the charge of assault and battery on his wife. The wife beating occurred on New Year's day. The year evidently started off badly for Henry. Not only was he arrested on this charge but his wife has since commenced suit for divorce. The case was several times adjourned but yesterday he changed his plea of not guilty to guilty and was fined $10 and $4.55 cost, which he paid.

It only took the jury three minutes in the suit of the Chicago parties against John and Dora Martin, of Salem, to bring in a verdict of no cause of action. This was the suit on the $100 note given the traveling doctor who was to cure Martin of rheumatism on a plea of no cure no pay, and the note turned up in the hands of parties who claimed to be innocent purchasers.