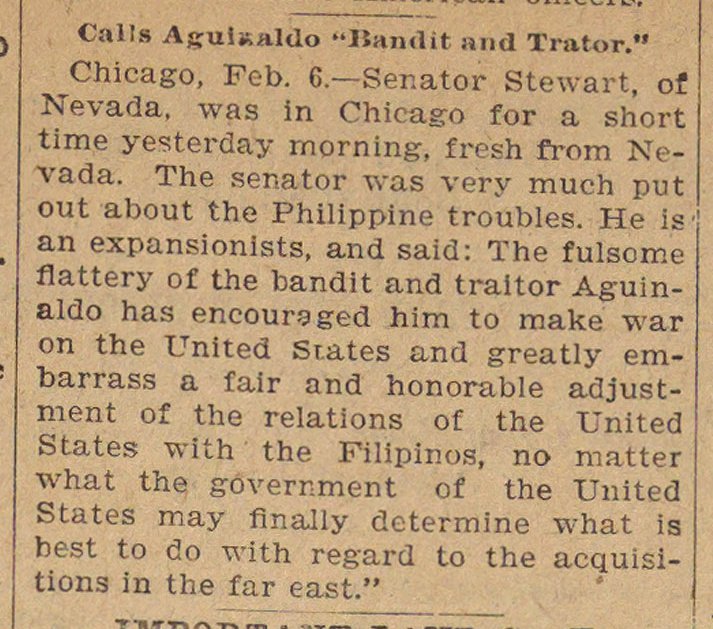 Chicago, Feb. 6.- Senator Stewart, of Nevada, was in Chicago for a short time yesterday morning, fresh from Nevada. The senator was very much put out about the Philippine troubles. He is an expansionists, and said: The fulsome flattery of the bandit and traitor Aguinaldo has encouraged him to make war on the United States and greatly embarrass a fair and honorable adjustment of the relations of the United States with the Filipinos, no matter what the government of the United States may finally determine what is best to do with regard to the acquisitions in the far east."