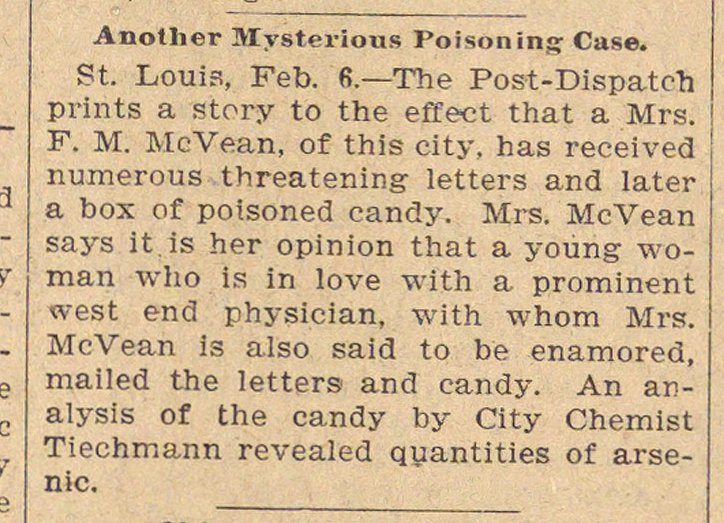 St. Louis, Feb. B.- The Post-Dispatch prints a story to the effect that a Mrs. F. M. McVean, of this city, has received numerous threatening letters and later a box of poisoned candy. Mrs. McVean says it is her opinion that a young woman who is in love with a prominent west end physician, with whom Mrs. McVean is also said to be enamored, mailed the letters and candy. An analysis of the candy by City Chemist Tiechmann revealed quantities of arsenic.