Needles In His Wine 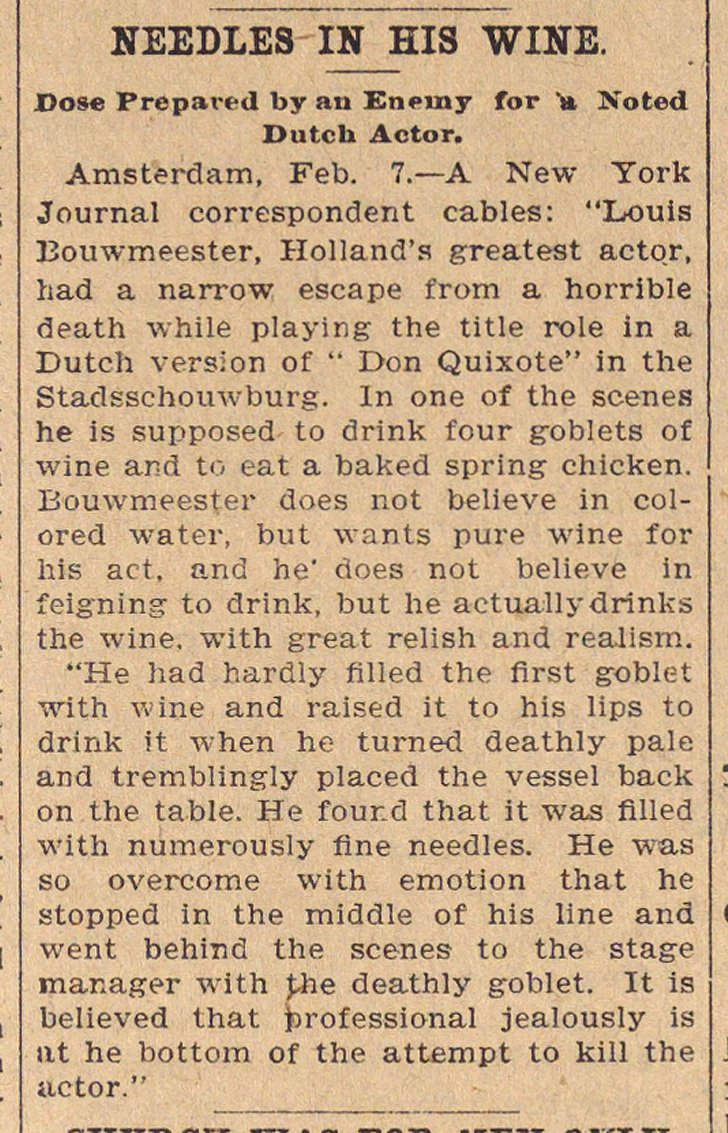 Amsterdam, Feb. 7.- A New York Journal correspondent cables: "Louis Bouwmeester, Holland's greatest actor, had a narrow escape from a horrible death while playing the title role in a Dutch version of "Don Quixote" in the Stadsschouwburg. In one of the scenes he is supposed to drink four goblets of wine and to eat a baked spring chicken. Bouwmeester does not believe in colored water, but wants pure wine for his act, and he does not believe in feigning to drink, but he actually drinks the wine, with great relish and realism. "He had hardly filled the first goblet with wine and raised it to his lips to drink it when he turned deathly pale and tremblingly placed the vessel back on the table. He found that it was filled with numerously fine needles. He was so overcome with emotion that he stopped in the middle of his line and went behind the scenes to the stage manager with the deathly goblet. It is believed that professional jealously is at he bottom of the attempt to kill the actor."