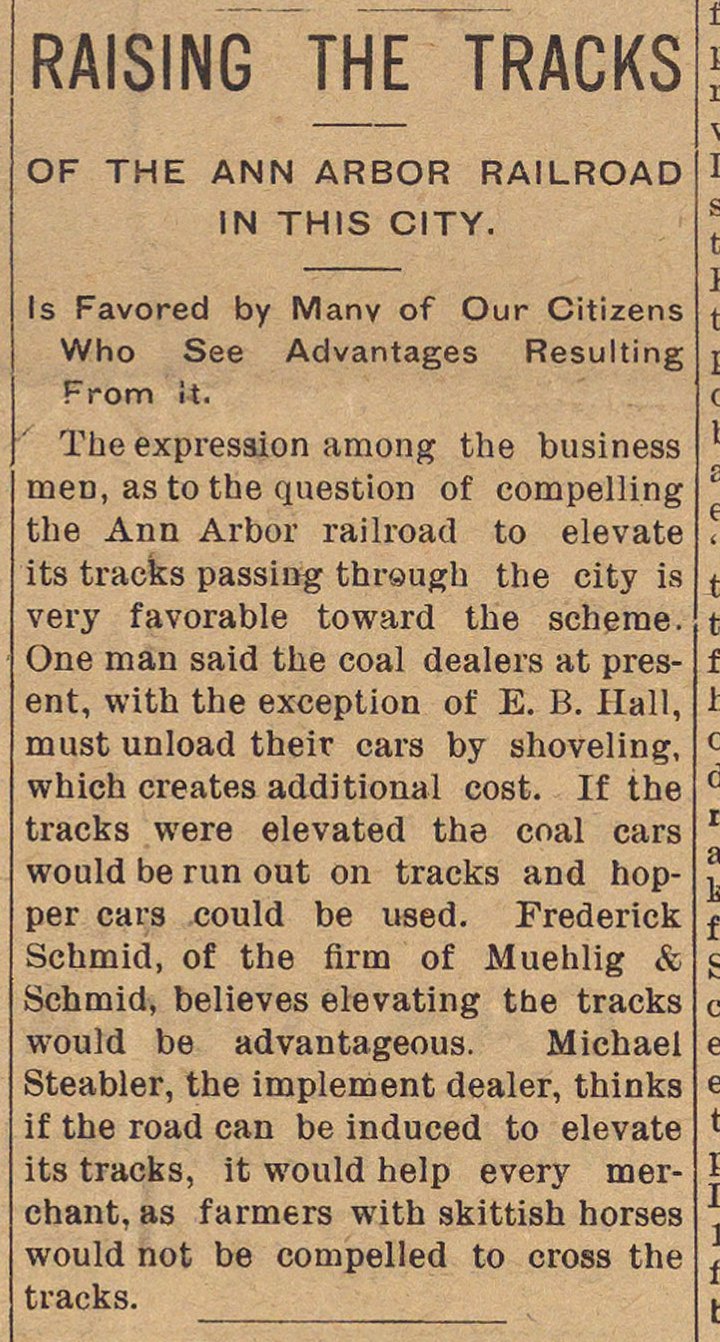 OF THE ANN ARBOR RAILROAD IN THIS CITY.

Is Favored by Many of Our Citizens Who See Advantages Resulting From It.

The expression among the business men, as to the question of compelling the Ann Arbor railroad to elevate its tracks passing through the city is very favorable toward the scheme. One man said the coal dealers at present, with the exception of E. B. Hall, must unload their cars by shoveling, which creates additional cost. If the tracks were elevated the coal cars would be run out on tracks and hopper cars could be used. Frederick Schmid, of the firm of Muehlig & Schmid, believes elevating the tracks would be advantageous. Michael Steabler, the implement dealer, thinks if the road can be induced to elevate its tracks, it would help every merchant, as farmers with skittish horses would not be compelled to cross the tracks.