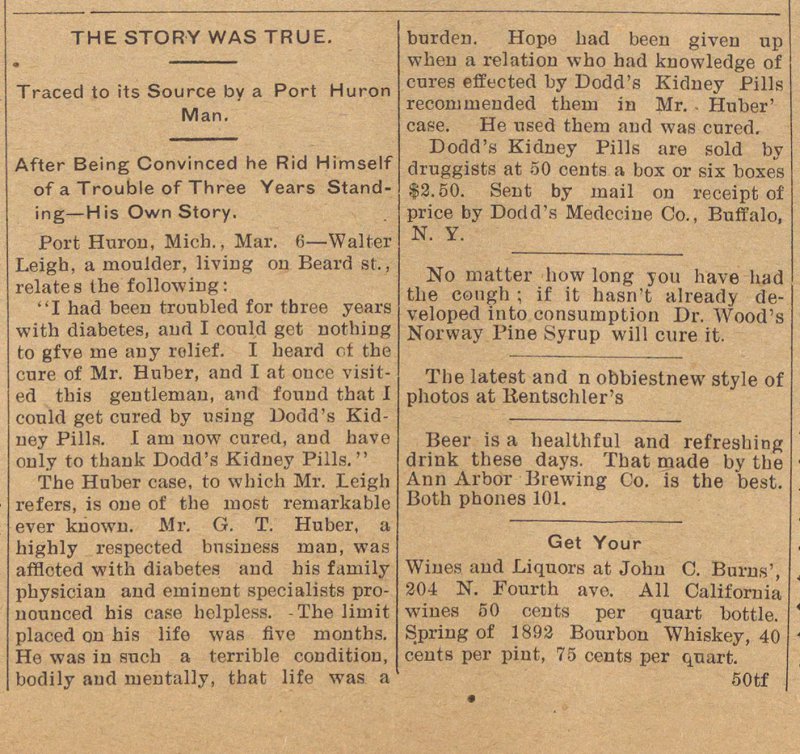 THE STORY WAS TRUE.

Traced to its Source by a Port Huron Man.

After Being Convinced he Rid Himself of a Trouble of Three Years Standing--- His Own Story.

The Huber case, to which Mr. Leigh refers, is one of the most remarkable ever known. Mr. G. T. Huber, a highly respected business man, was afflicted with diabetes and his family physician and eminent specialists pronounced his case helpless. The limit placed on his life was five months. He was in such a terrible condition, bodily and mentally, that life was a burden. Hope had been given up when a relation who had knowledge of cures effected by Dodd's Kidney Pills recommended them in Mr. . Huber' case. He used them and was cured.

Dodd's Kidney Pills are sold by druggists at 50 cents a box or six boxes $2.50. Sent by mail on receipt of price by Dodd's Medicine Co., Buffalo, N. Y.