March Term Of Court Was Adjourned 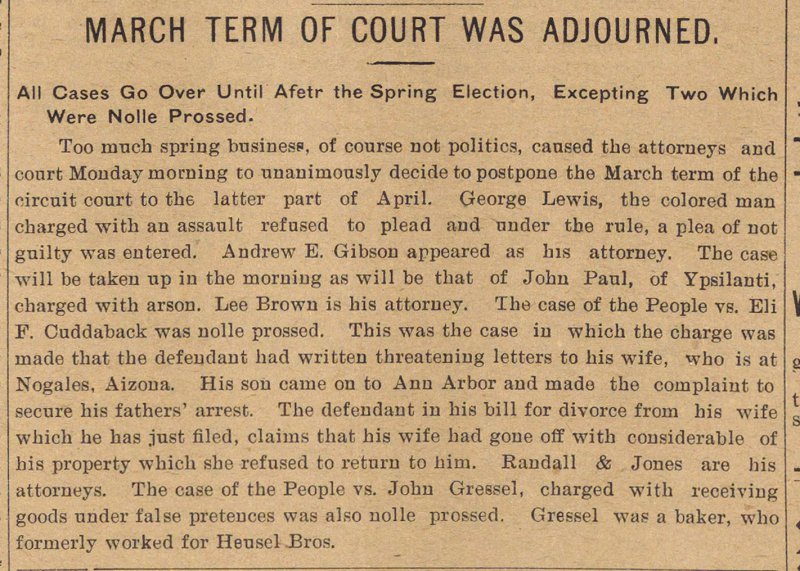 Too much spring business, of course not politics, caused the attorneys and court Mouday morning to unanimously decide to postpone the March term of the circuit court to the latter part of April. George Lewis, the colored man charged with an assault refused to plead and under the rule, a plea of not guilty was entered. Andrew E. Gibson appeared as his attorney. The case will be taken up in the morning as will be that of John Paul, of Ypsilanti, charged with arson. Lee Brown is his attorney. The case of the People vs. Eli F. Cuddaback was nolle prosed. This was the case in which the charge was made that the defendant had written threatening letters to his wife, who is at Nogales, Arizona. His son came on to Ann Arbor and made the complaint to secure his fathers' arrest. The defendant in his bill for divorce from his wife which he has just filed, claims that his wife had gone off with considerable of his property which she refused to return to him. Randall & Jones are his attorneys. The case of the People vs. John Gressel, charged with receiving goods under false pretenses was also nolle prosed. Gressel was a baker, who formerly worked for Heusel Bros.