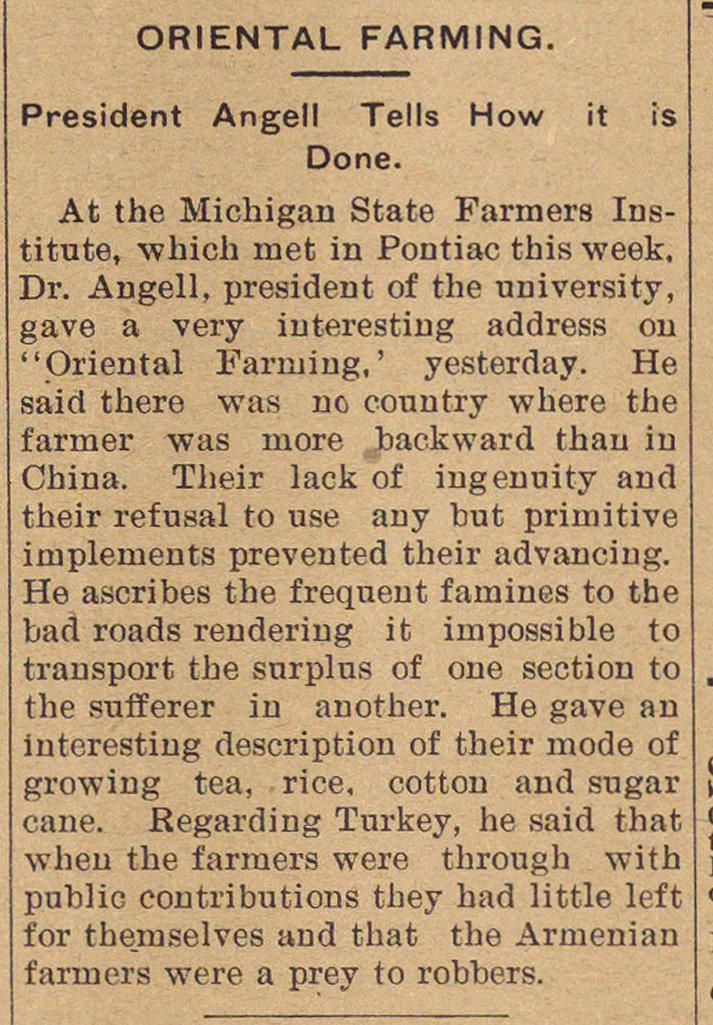 President Angell Tells How it is Done.

At the Michigan State Farmers Institute, which met in Pontiac this week. Dr. Angell, president of the university, gave a very interesting address on "Oriental Farming,' yesterday. He said there was no country where the farmer was more backward than in China. Their lack of ingenuity and their refusal to use any but primitive implements prevented their advancing. He ascribes the frequent famines to the bad roads rendering it impossible to transport the surplus of one section to the sufferer in another. He gave an interesting description of their mode of growing tea, rice, cotton and sugar cane. Regarding Turkey, he said that when the farmers were through with public contributions they had little left for themselves and that the Armenian farmers were a prey to robbers.