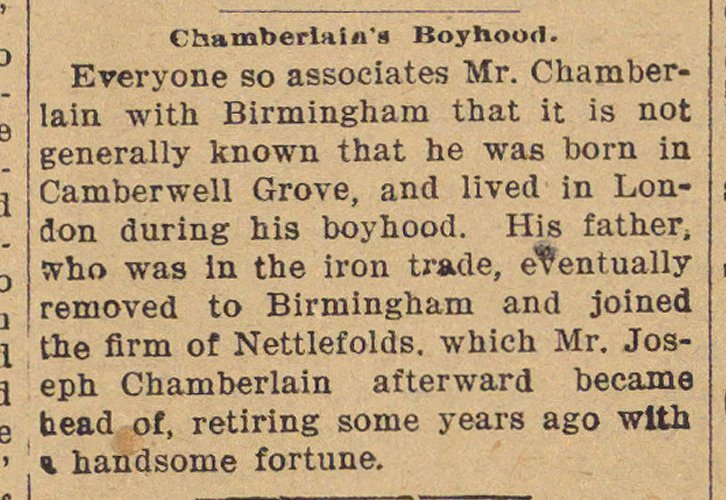 Everyone so assoeiates Mr. Chamberlain with Birmingham that it is not generally known that he was born in Camberwell Grove, and lived in London during his boyhood. His father, who was In the iron trade, ei'entually removed to Birmingham and joined the firm of Nettlefolds. which Mr. Joseph Chamberlain afterward became tead of, retiring some years ago with handsome fortune.