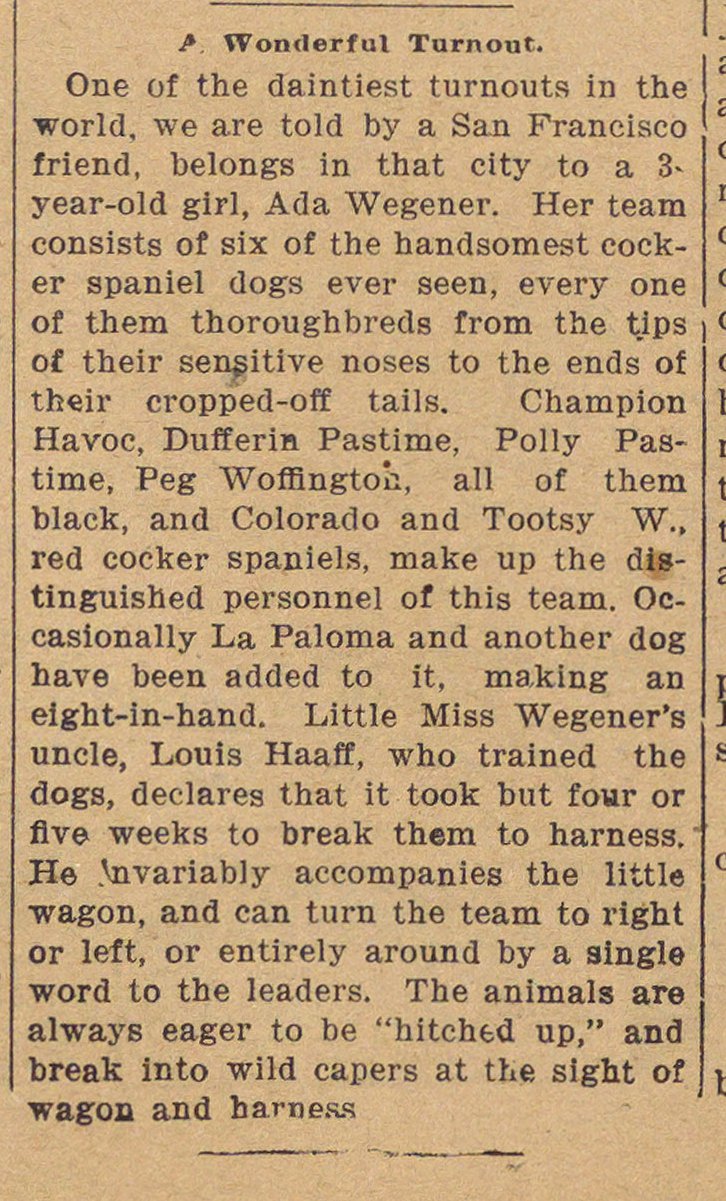 One of the daintiest turnouts in the world. we are told by a San Francisco friend, belongs in that city to a 3year-old girl, Ada Wegener. Her team consists of six of the handsomest eocker spaniel dogs ever seen, every one of them thoroughbreds from the tips ] of their sen,sitive noses to the ends of their cropped-off tails. Champion Havoc, Dufferin Pastime, Polly Pastime, Peg Woffingtoli, all of them black, and Colorado and Tootsy W., red cocker spaniels, make up the distinguished personnel of this team. Occasionally La Paloma and another dog have been added to it, making an eight-in-hand. Little Miss Wegener's uncle, Louis Haaff, who trained the dogs, declares that it took but four or flve weeks to break them to harness. ' He .nvariably accompanies the little wagon, and can turn the team to right or left, or entirely around by a single word to the leaders. The anímala are always eager to be "hitched up," and break into wild capers at the sight of wagon and harness