In The Seventh Ward 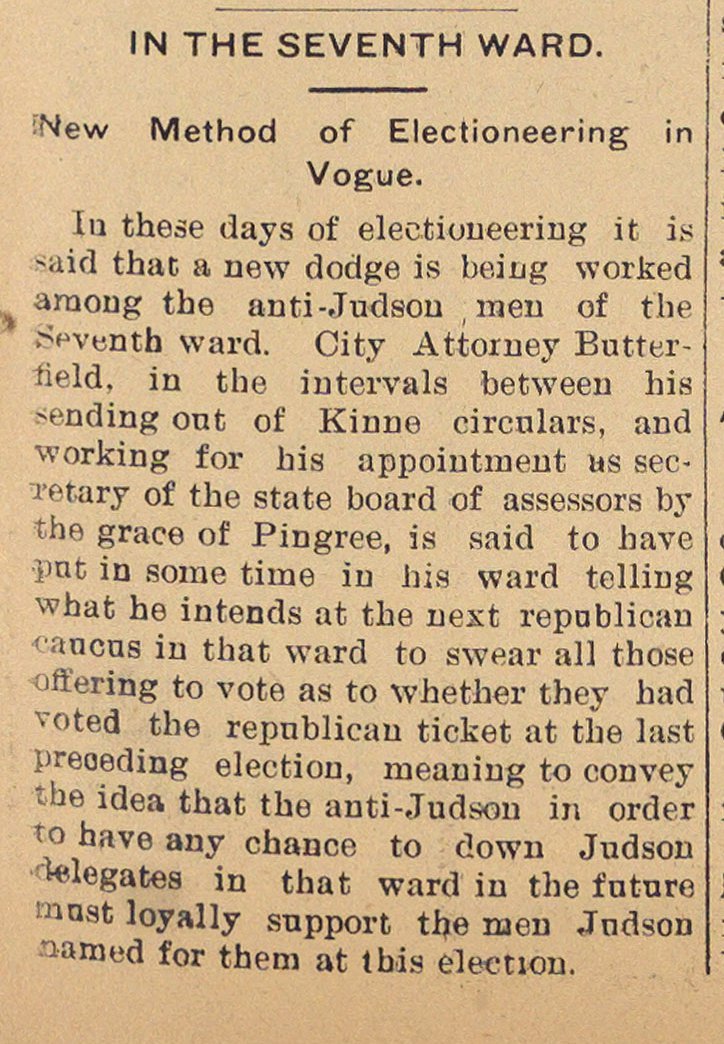 In the Seventh Ward.

New Method of Electioneering in Vogue.

In these days of electioneering it is said that a new dodge is being worked among the anti-Judson men of the Seventh ward. City Attorney Butterfield, in the intervals between his sending out of Kinne circulars, and working for his appointment as secretary of the state board of assessors by the grace of Pingree, is said to have put in some time in his ward telling what he intends at the next republican caucus in that ward to swear all those offering to vote as to whether they had voted the republican ticket at the last preceding election, meaning to convey the idea that the anti-Judson in order to have any chance to down Judson delegates in that ward in the future must loyally support the men Judson named for them at this election.