The Sheriff Was Left 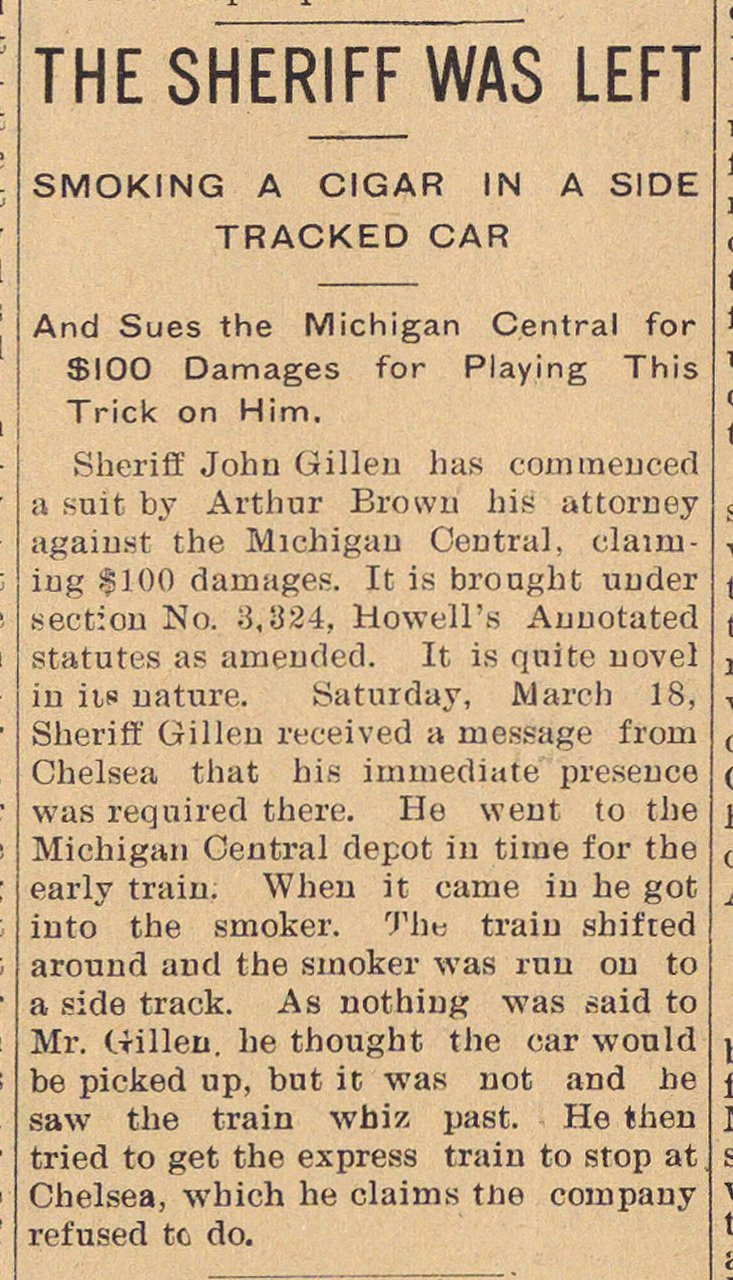 SMOKING A CIGAR IN A SIDE TRACKED CAR

Sheriff John Gillen has commenced a suit by Arthur Brown his attorney against the Michigan Central, claiming $100 damages.
It is brought under section No. 3,324, Howell's Annotated statutes as amended.
It is quite novel in its nature.
Saturday, March 18, Sheriff Gillen received a message from Chelsea that his immediate presence was required there.
He went to the Michigan Central depot in time for the early train; When it came in he got into the smoker. The train shifted around and the smoker was run on to a side track. As nothing was said to Mr. Gillen he thought the car would be picked up, but it was not and he saw the train whiz past.
He then tried to get the express train to stop at Chelsea, which he claims the company refused to do.