A Joke On A Legislator 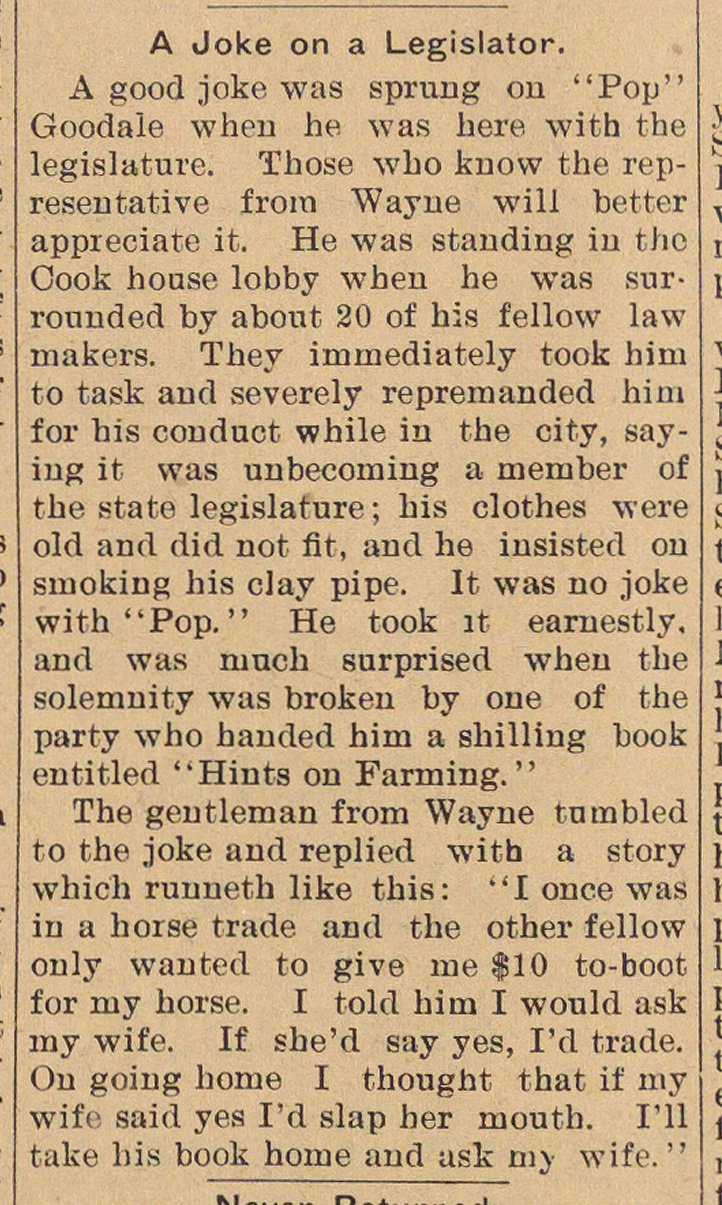 A good joke was sprung on "Pop" Goodaie when he was ere with the egislature. Those wbo know the repesentative frora Wayne will better appreciate it. He was standing in tho Oook house lobby when he was snrotmded by about 20 of his fellow law makers. ïhey iminediately took him ;o task and severely repremanded him or bis conduct while iu the city, sayng it was uubecoming a meruber of be state legislature; his clothes were old and did not fit, and he insisted on moking bis clay pipe. It was no joke with "Pop. " He took it earnestly. and was much surprised wheu the olemnity was broken by one of the jarty who hauded him a shilling book entitled "Hints on Farining. " The gentleman from Wayne tnmbled o the joke and replied with a story vhich runneth like this: "I once was n a horse trade and the other fellow only wanted to give me $10 to-boot 'or my horse. I tolcl him I wonld ask ny wife. If she'd say yes, I'd trade. Dn goiug home I thought that if my wife said yes I'd slap her niouth. 111 ake bis book home and ask mj wife."