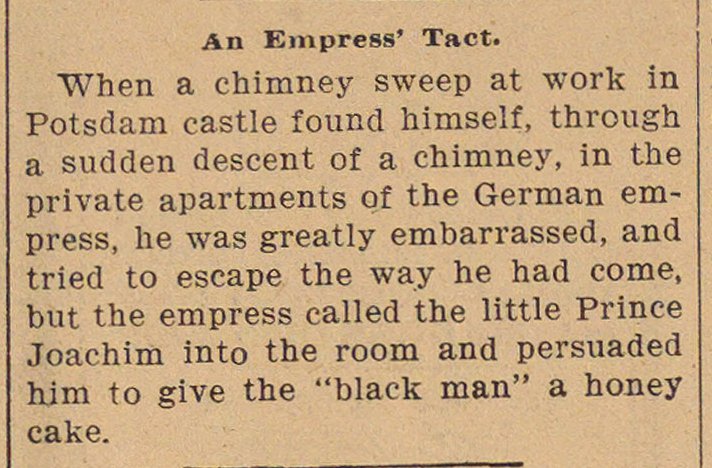 When a chimney sweep at work in Potsdam castle found himself, through a sudden descent of a chimney, in the private apartments of the Germán empress, he was greatly embarrassed, and tried to escape the way he had come, but the empress called the little Prince Joachim into the room and persuaded him to give the "black man" a honey cake.