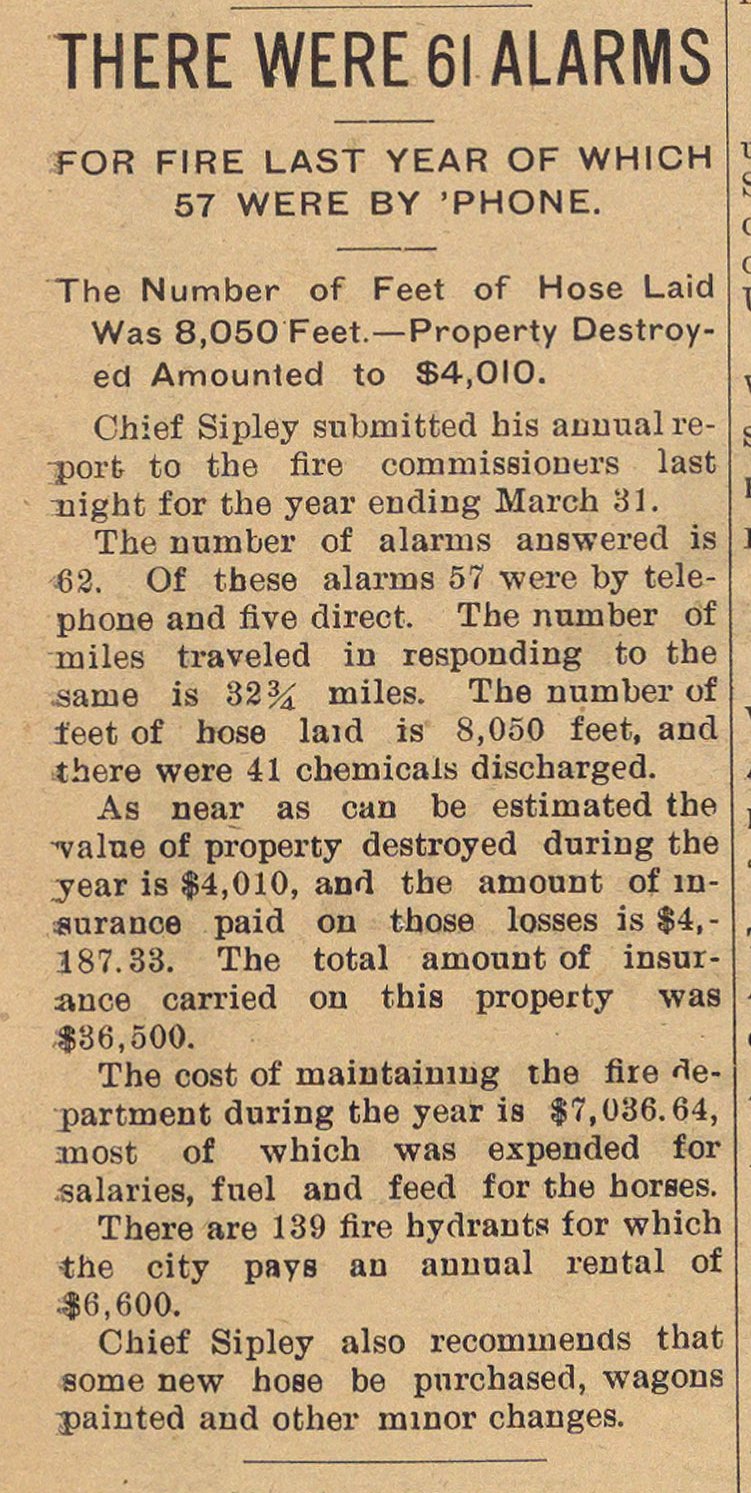 Chief Sipley submitted his annual report to the flre commissionws last iiight for the year ending March 31. The number of alarms answered is ■62. Of these alarms 57 were by telephone and five direct. The number of miles traveled in responding to the .saine is 32% miles. The number oi ïeet of hose laid is 8,050 feet, and there were 41 chemicals discharged. As near as can be estimated the ■valne of property destroyed during the jear is $4,010, and the amount of ïnsuranoe paid on those losses is $4,187.33. The total amount of insurauce carried on this property was $86,500. The cost of maintaining the flre Department during the year is $7,036.64, most of which was expended for .salaries, fuel and feed for the horses There are 139 fire hydrants for which ■the city pays an annoal rental of 46,600. Chief Sipley also recommends that some new hose be pnrchased, wagons painted and other minor changes.