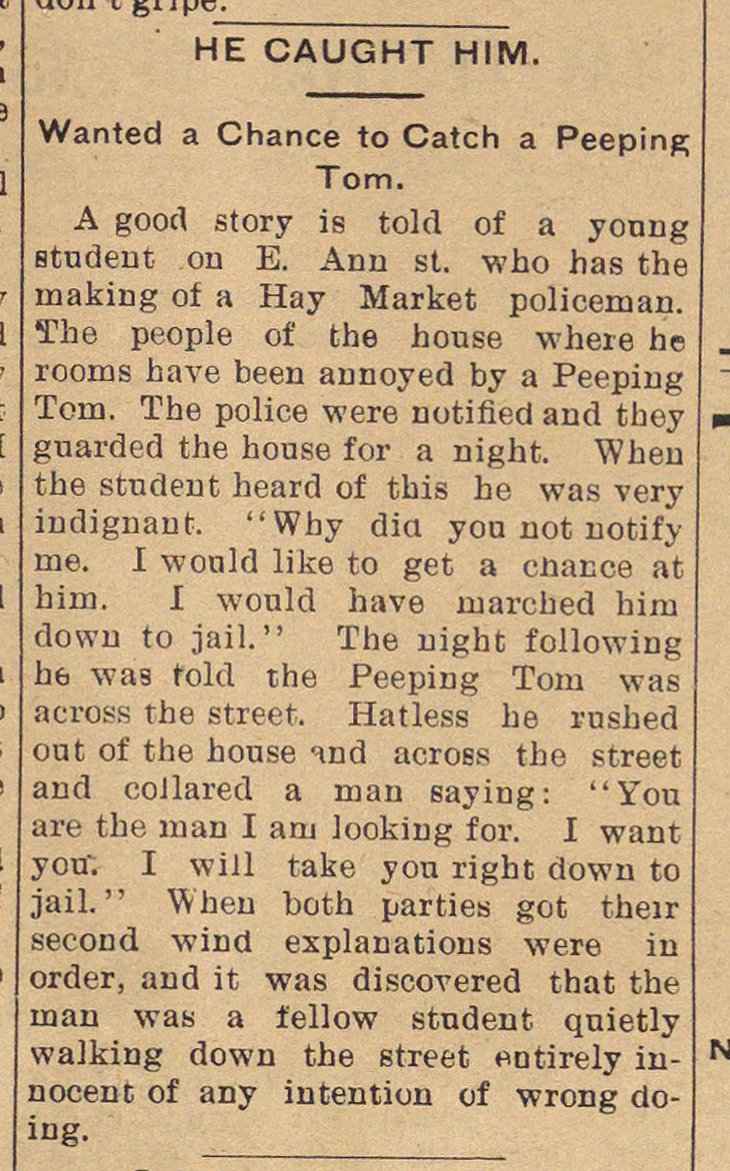 A good story is told of a yonng student on E. Ann st. who has the inaking oí a Hay Market policenian. The people of the house where he rooms have been annoyed by a Peeping Torn. The pólice were notified and they guarded the house for a night. When the student heard of this he was very indignant. "Why dia yon not notify me. I wonld like to get a cnacce at him. I would have uiarched him do wu to jail." The night following h6 was told the Peeping Tom was across the Street. Hatless he i-nshed out of the house ind acroBs the street and coJlared a man saying: "You are the man I am looking for. I want 'ou. I will take yon right down to ail. " When both parties got their second wind explanations were in order, and it was discovered that the man was a íellow student quietly valking down the street eotirely innocent of any intention of wrong dong.