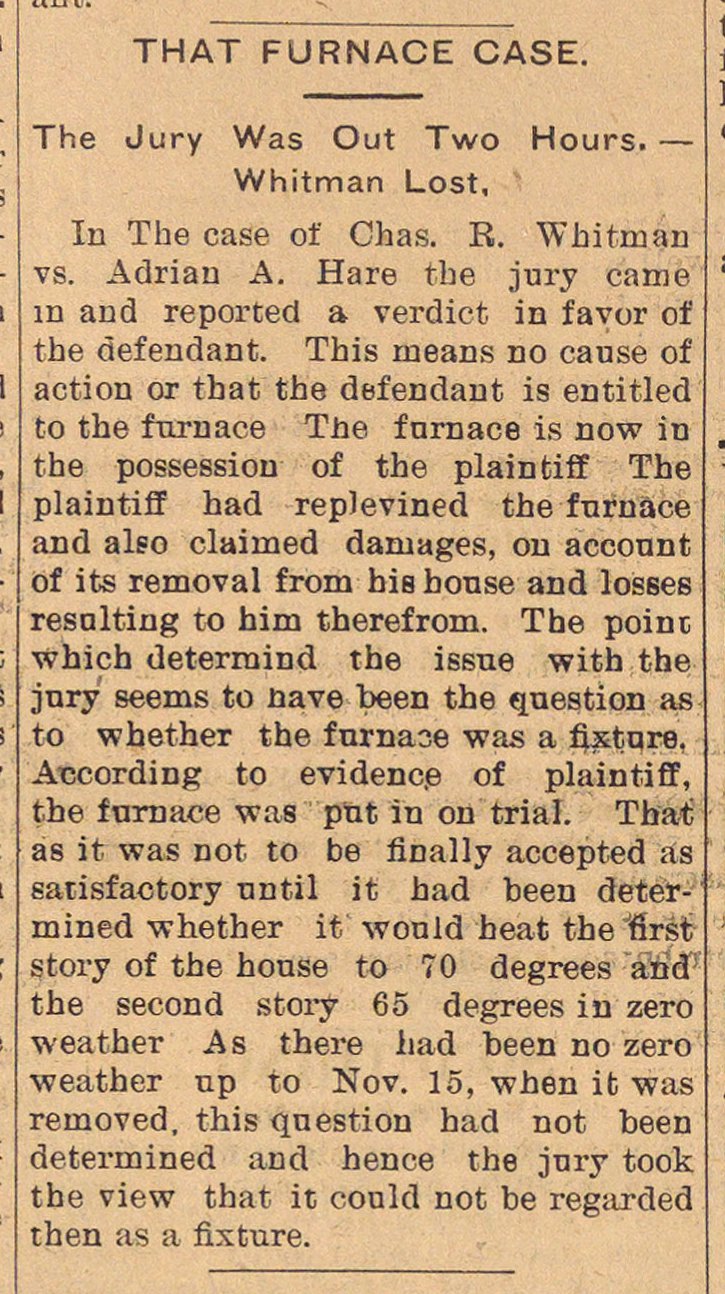 In the case of Chas. R. Whitman vs. Adrian A. Hare the jury came in and reported a verdict in favor of the defendant. This means no cause of action or that the defendant is entitled to the furnace. The furnace is now in the possession of the plaintiff. The plaintiff had replevined the furnace and also claimed damages, on account of its removal from his house and losses resulting to him therefrom. The point which determined the issue with the jury seems to have been the question as to whether the furnace was a fixture, According to evidence of plaintiff, the furnace was put in on trial. That as it was not to be finally accepted as satisfactory until it had been determined whether it would heat the first story of the house to 70 degrees and the second story 65 degrees in zero weather .As there had been no zero weather up to Nov. 15, when it was removed, this question had not been determined and hence the jury took the view that it could not be regarded then as a fixture.