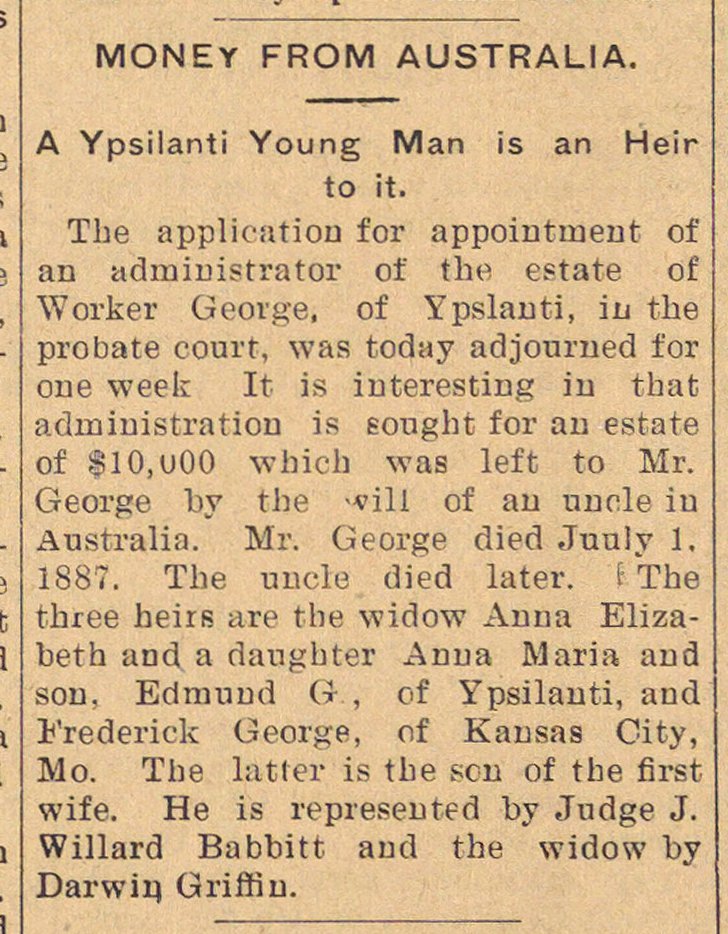 A Ypsilanti Young Man is an Heir to it.

The application for appointment of an administrator of the estate of Worker George, of Ypslanti, in the probate court, was today adjourned for one week. It is interesting in that administration is sought for an estate of $10,000 which was left to Mr. George by the will of an uncle in Australia. Mr. George died July 1, 1887. The uncle died later. The three heirs are the widow Anna Elizabeth and a daughter Anna Maria and son, Edmund G , of Ypsilanti, and Frederick George, of Kansas City, Mo. The latter is the son of the first wife. He is represented by Judge J. Willard Babbitt and the widow by Darwin Griffin.