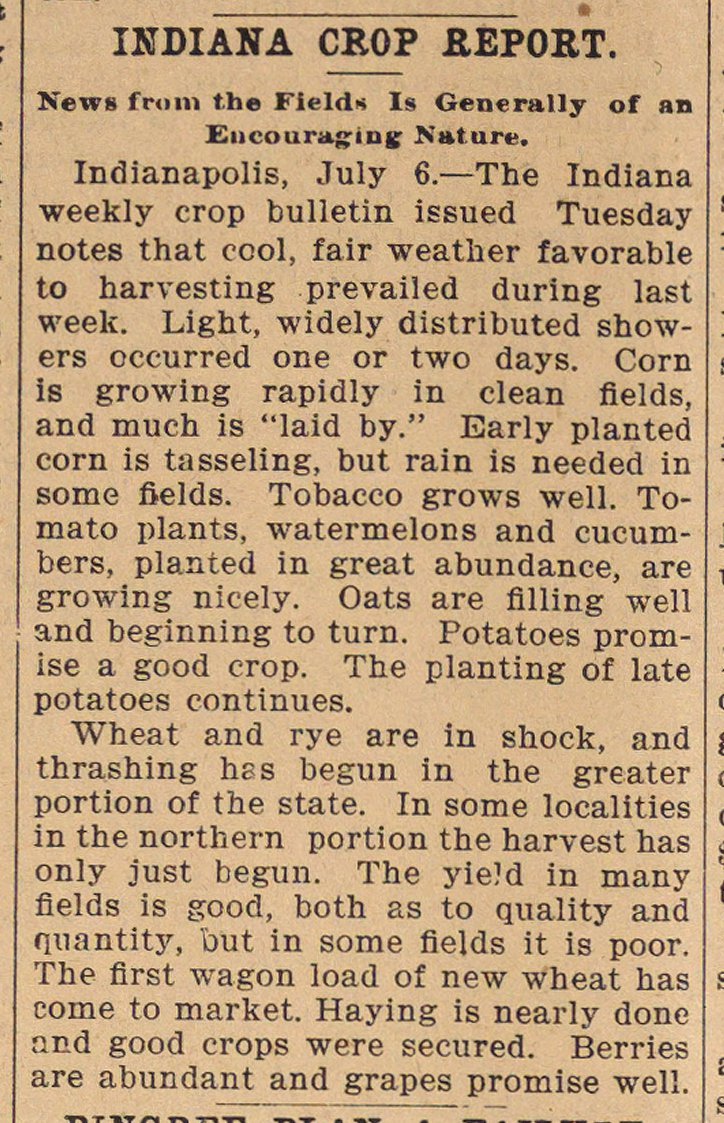 Indianapolis, July 6. - The Indiana weekly erop bulletin issued Tuesday notes that ccol, fair weather favorable to harvesting prevailed during last week. Light, widely distributed showers oceurred one or two days. Corn is growing rapidly in clean fields, and much is "laid by." Early planted corn is tasseling, but rain is needed in some fields. Tobacco grows well. Tomato plants, watermelons and cucumbers, planted in great abundance, are growing nicely. Oats are filling well and beginning to turn. Potatoes promise a good erop. The planting of late potatoes continúes. Wheat and rye are in shock, and thrashing hgs begun in the greater portion of the state. In some localities in the northern portion the harvest has only just begun. The yie!d in many flelds is good, both as to quality and quantity, out in some fields it is poor. The first wagon load of new wheat has come to market. Haying is nearly done rmd good crops were secured. Berries are abundant and grapes promise well.